What a month of racing it’s been for the team!

There have been podium’s galore and it’s been so good to see so many of you have hit peak performance in your final races. It was also wonderful to see our two gents David Rueda & Andrew Reardon finally get their chance to do their first ‘proper’ Ironman event after their solo efforts last year when their races were cancelled. Both stepped up to the mark and absolutely loved the experiences they had; it was a timely reminder of what doing all this training is all about.

To see these Ironman events finally going ahead was a huge source of inspiration for me too and I hope it inspires many of you out there to start thinking about ‘the big goal’ for 2022. Now is the time to feel slightly more confident about going a bit further afield. As time goes by and we learn to deal with the covid crisis there will be many more opportunities opening up for racing (even 2 Ironman World Championships next year!). Clearly we are not out of the woods yet but if 2021 was all about caution and basing the season around UK based races, then 2022 will open up many more possibilities. So, it’s time to get a little bit more excited and hopeful for what’s ahead.

This past month has also seen a crazy amount of racing around the world, particularly at Elite level which has been a joy to see. The only downside was the cancellation of the Triathlon World Championships in Bermuda due to rising cases only 3 weeks before the race was due to take place. We had 3 athletes who would have been racing for Team GB – Toby Dean, Louise & Robert Hutchinson, my heart goes out to you guys as I know how hard you training for this event and how excited you were by it. Rest assured like the boys who had their Ironman’s cancelled last year your chance will come and it will be all the bigger and better for it next time when it does take place. We still have a few athletes that will be racing over the next few months, another 2 International Ironman’s are on the cards so watch this space. “A lot of times athletes are afraid to try because they might not make it. But the biggest failure is not trying. The people with courage go for it and take what comes. Just go for it and see what happens”. Eddie Reese

Probably not the performance Andrew was looking but a race where a massive amount was learned. After what can only be described as an awful 4 months leading into the race he still managed to turn it on and set a good benchmark to work against. It was also a timely reminder that nutrition can make or break a performance, get this wrong and you will never achieve peak performance. This one was about toughing it out with a bad stomach and many lessons will be learned rectified for the next one. Huge congrats to David for putting in an outstanding performance this year to go nearly 45mins quicker than his solo Ironman last year (and we wont even mention the 5min time penalty!). A superb performance and one the athlete was extremely proud off too because he knew he gave it his all. Bravo Daveed your paella was well and truly earned! 2 races 2 weeks apart and 2 cracking performances. With one building on the next, lessons were learned and then executed on a tougher course to hit that podium spot. Just a start of things to come, terrific work Steve. 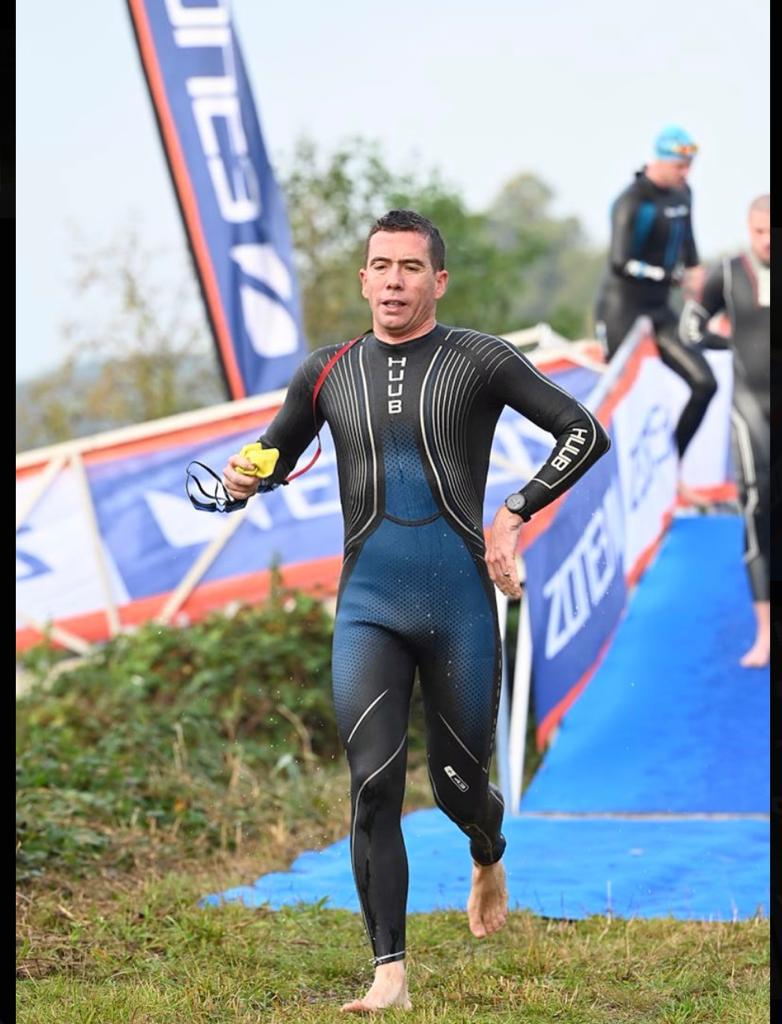 Again another athlete who has had a tumultuous season and was just lucky to be out there racing again. To finish the season with 2 good races under his belt and his highest ever category finish just shows the resilience of the man. 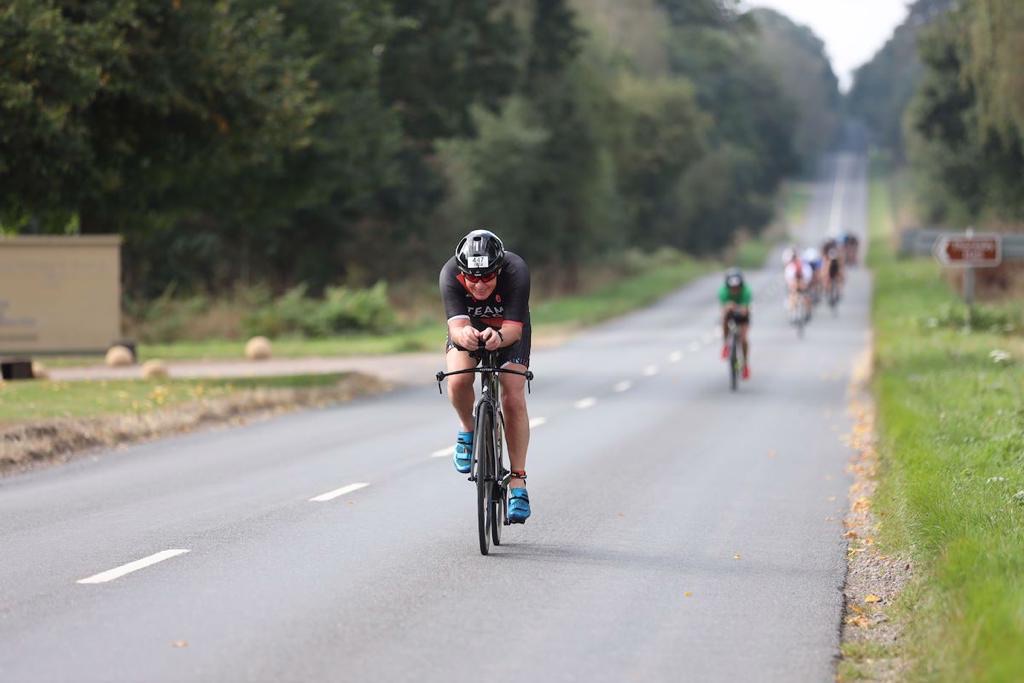 Big shout out to the swim squad new boy for two solid performances to finish the season. Full distance maybe ?! When he’s not fighting tigers and wrestling crocodiles JC can mainly be found wearing lycra. Usually while representing Team GB at International level. All in a days work for this tough guy. Hope that Spanish beer tastes good. Lady luck took a vacation from Charlotte’s corner this year with yet another swim cancelled the morning of the race. That’s now 3/3 races where she was unable to complete a swim/bike/run! What was most impressive was her attitude when all of this occurred, she just sucked it up and got on with it and showed her metal. Taking 2nd on a tough course against a big female field, good on you tough girl for finishing the season so well. As ever this guy just keeps getting better with age…all I can say is watch out London Marathon! A season to be very proud of H so really well done for going out with one last hurrah. It wasn’t pretty to say the least but again you showed how tough you are to get through to the end and hit that top spot. Now feet up and chillax. That’s what I call finishing the season on such a high after the cancellation of Triathlon World Championships in Bermuda. What was even more impressive was that 20:19 run on the back of a season that started off with so many calf injuries, you couldn’t have asked for anymore. Terrific stuff.

If there was a prize for pulling rabbits out of a hat then TJ would win this award this year! With so little training time available to be achieving results like these against such high quality fields just shows the potential this many has. Huge congrats on a terrific season and well done for getting that first ever Olympic distance under your belt. 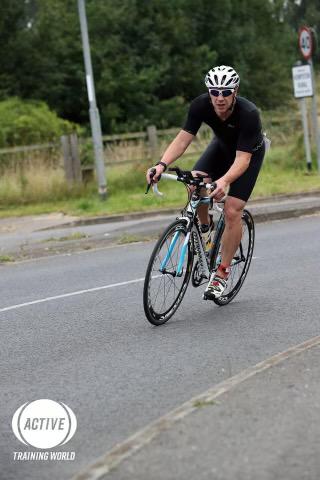 Think our Nikki surprised herself with this one, especially on the run! An excellent race peformance from a girl that feels more comfortable in the water than running on land. A super swim, solid bike and good run on a tough course…and most importantly no run injuries! (must have been the training plan) Some terrific performances and big PB’s all round at the Ealing Half Marathon, well done gang! Books of the month Bryce Courtenay: The Power of One

The only thing I’m astonished by is that I only heard about this book whilst reading another book a few weeks ago. To say it knocked me for six is an understatement. It could be up there as one of my favourite books ever, if not my new number 1. Part fact part fiction, The Power of One is the most beautiful, inspiring and yet equally heart breaking story about a little boy growing up in South Africa. His name is Peekay and he decides he wants to become welterweight boxing champion of the world. It’s based on the early life of it’s author Bryce Courtenay.

I would highly recommend listening to this book on Audible rather than read it for 2 reasons:

1: The narrator is incredible, he takes an amazing story and makes it better by the way he brings the characters to life. So many people have commented on it, the best narration of a book I’ve ever heard.

2: You get the introduction and the voice from the author himself (who sadly died back in 2012) on why he wrote the book. He never dreamed it would be published. If you are sick & tired of energy bars, gels, sweets and chocolates then this fascinating little book could be for you. If you have the time and patience to prepare it then nothing beats real food for fuelling training. This genius little book book is packed with fascinating ideas and recipes for how you too can take a far more healthy approach to training nutrition. 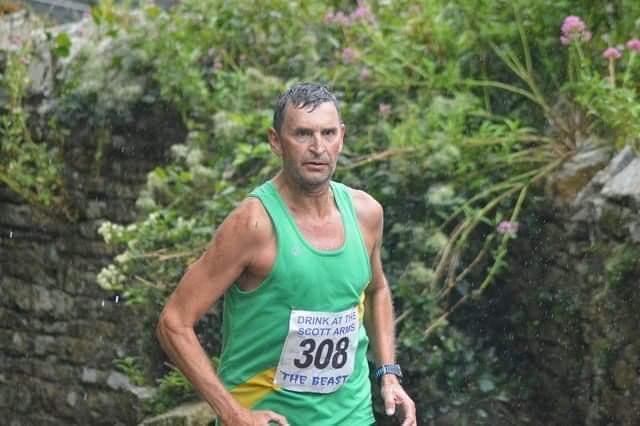 In another life you would have been…Pro Athlete, tennis player, Ultra runner, anything than working for a living

Favourite swimmer: Duncan Goodhew, seemed to be a really good sport when he came to swim at the Park Club.

Favourite book: Touching The Void, difficult to comprehend, dammed if you do & dammed if you don’t. Interesting to view climbing communities take on situation, half in favour, half against.

Last book you read: The Reckoning, John Grisham, it was ok.

Favourite swim venue/location:  Got be the sea, preferably somewhere warm, that doesn’t take your breath away, South Coast or even further South, The Med. Done with swimming in Scotland, brrrh.

Favourite event experience: Wimbleball Ironman 70.3 (sticks out like a sore thumb) all the talk was about the bike course which was challenging & tricky in the wet, but nobody mention the run & a bloody big hill you had to charge up 3 times. Needless to say I’ve not participated in anymore Ironman events.

Alex Honnold, Free Climber, just how he gets his mind together?

Martyn Ashton, Welsh I know, but can’t hold that against him. After seeing Bike Party, takes you into a whole new world of handling a bike. Although, his life has changed dramatically, interested in how he is now coping.

Guy Martin – anyone who has raced the Isle Man TT is going to have a lot to say & this guy has done that & more than most.

Training hours per week: Now that you mention it not enough. Just about managing 8hrs, that seems so low… Huge congrats to these two lovebirds on their engagement. Looks like you chose the perfect place to propose to a ‘mountain goat’ Tom! Is it a bird, is it a plane….no it’s Simon’s daughter supporting him at the Ealing Half marathon! (what did you do to upset that guy on the right Si ?!) Great to see Carmen & TWS making new friends both in and out of the water during their swim trek holiday in the Sporades. Going by the colour of some of the swim costumes I’d say there was definitely a bit of ‘swinging’ going on (swim style terminology of course)