Like Brexit, the theme for this month has been the impact of the coronavirus and the fact that we just can’t get away from it! It’s impact has spread far and wide and has already impacted two our athletes chasing a Kona qualification slots at Liuzhou 70.3 in China. Only last week did they finally let the athletes know that race was being moved to September whilst others races in surrounding countries had been cancelled much earlier.

But this is racing for you and it never ceases to amaze me what is thrown up each year. The weather is the usual culprit so a rapidly spreading virus is a new one on me. Will be interesting to see how this one plays out in 2020. The key message is to always be adaptable and have a good plan B or C as a back up. I’m a big believer in fate and sometimes this change of direction only proves to be a very positive thing. So what would I suggest if you are racing abroad this year you might want to just start to formulate that plan B just in case things don’t to plan.

The good news this month is that we finally had an athlete racing and what a performance it was. Our Pro athlete Emily Loughnan was in action at the Geelong 70.3. I’m very pleased to say that Emily hit the podium with a 3rd place finish, this was by enlarge down to a phenomenal 1:21:11 run PB that was the 2nd fastest of the day. Most importantly the girl is back out there racing again and doing it with a big smile on her face after a torrid time these past couple years. It’s been great to see so keep that ball keep rolling mate, exciting times ahead. 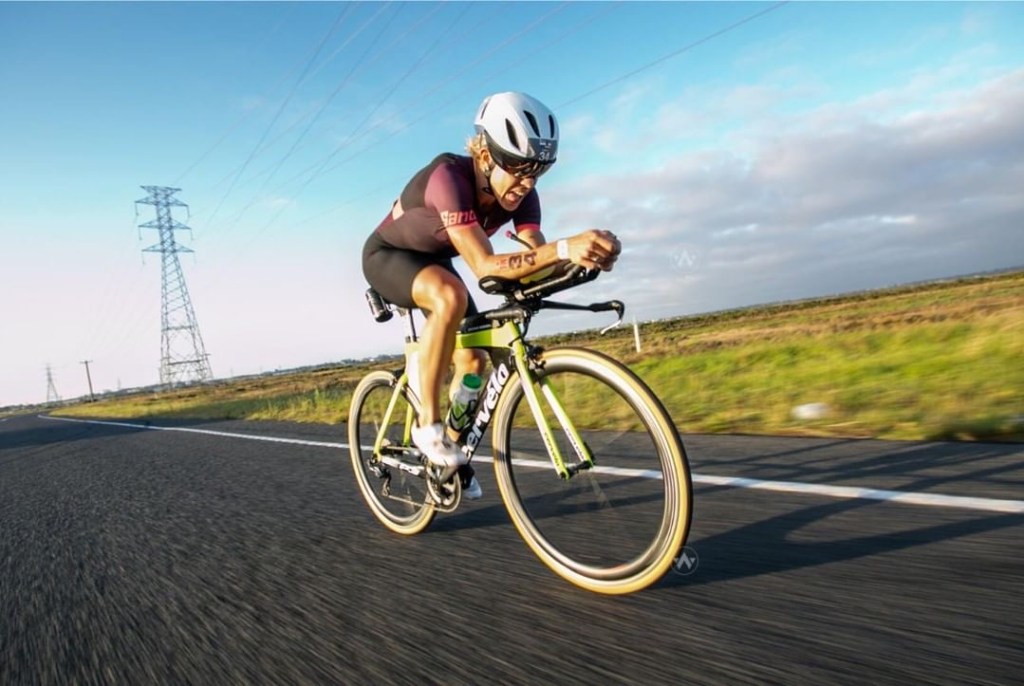 I also wanted to welcome some of the newbies who have joined the Team recently, I’m really excited to be working with you and look forward very much to the season ahead.

This has prompted me to include this brilliant Ted Talk by Dr Stephen Seiler on ‘How normal people can train like the world’s best endurance athletes’.It’s a timely reminder as to why some new athletes who come into the fold are often surprised at how easy easy needs to be to be affective. Only last week an athlete told me “how painful it was to run so slow” because surely that can’t be as affective as going faster?

It’s also serves as a timely reminder to all of you ‘experienced athletes’ out there who continue to make the same mistake or assumption. Training like this is not limited to the elite, it’s applicable to all of you no matter what your ability, age, shape or size. The sooner this is embraced, the quicker you will make progress no matter how easy it feels. But let Dr Seiler give you the science behind it because the statistics he shows alone make for fascinating reading indeed.

It’s the very reason I wrote this article ‘Slow down to speed up’ to help athletes get their heads around this concept. Rest assured if you are patient & disciplined enough you will get your just rewards, as many of the earlier adopters are now doing (you know who you are!). More than a game – LeBron James

Both my book and film recommendations this month surprised me hugely in a very good way. There have been many films made about – LeBron James, one of the world’s best basketball players. This one is very different though as it focusses largely on his earlier high school years before he became the NBA phenomenon he is today. The footage is remarkable to say the least.

It’s a beautiful story about the unique friendship of 5 young boys and a Coach, who all came together to build one of the greatest high school basketball teams of all time. It charts their highs and lows as they develop as young men and charts James’s meteoric rise to fame and glory.

Book of the month 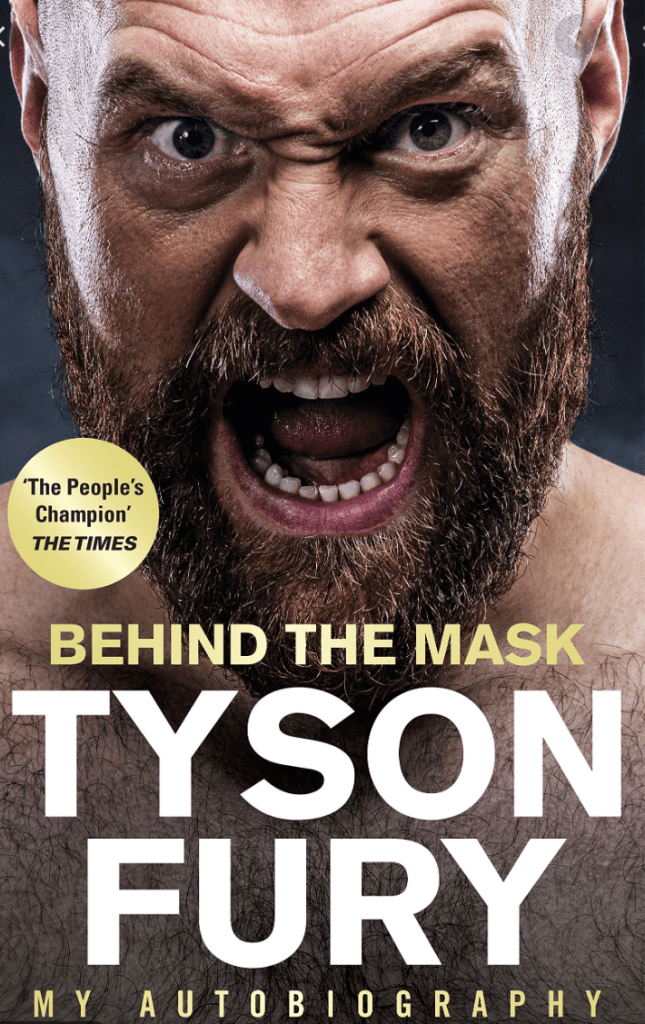 The man behind the mask – Tyson Fury

This book was an absolutely fascinating read. Love him or hate him Tyson Fury is one of the biggest characters in the sporting world today. What he achieved recently in beating an undefeated Deontay Wider to become heavyweight World Champion will go down as one of the greatest sporting achievements of our time.

But what a journey he’s been on to get there. This book focusses largely on his early life growing up, his ongoing battle with mental illness and his suicide attempt. It also shows how he lifted himself like a phoenix rising from the ashes to make one of the most extraordinary comebacks the sporting world has ever seen.

It’s a story will inspire millions of people out there who have battled with mental illness. It will also provide a greater awareness to help other people understand what sufferers are actually going through. 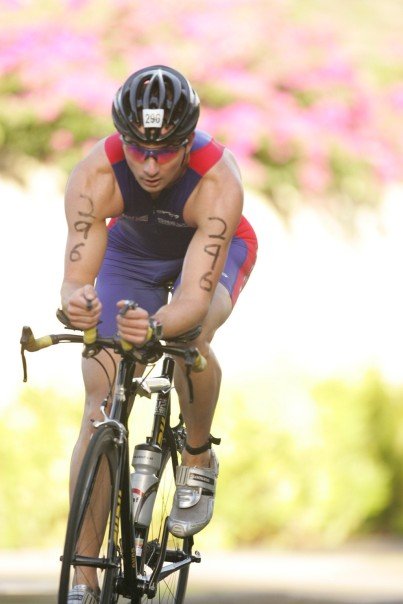 In another life you would have been a..?  Black Marlin (it’s the fastest fish in the sea which is a long way from where I am in this life….)

Who is your athletic alter ego? Michael Johnson (completely focused and clinical in his race execution)

Favourite training track (music!):  Pour Some Sugar on Me, Def Leppard (it has seen me through some very hard sets!)

Favourite book: The Lord of the Rings trilogy (read it at least once a year)

Favourite training venue/location:  Club La Santa, Lanzarote –used to go at least once a year and the record was 3 times in a year (it was a great season after that!)

Favourite mantra: “Nothing worth having is easy”

Race lots and enjoy finding out how fast I can go after a long break from triathlon! Wind, what wind eh Tash? Awesome kick off to the racing season for ‘The Flash’ running 1:31(25th out of 3432) at the Brighton Half marathon on a day where let’s just say… many cards were against her 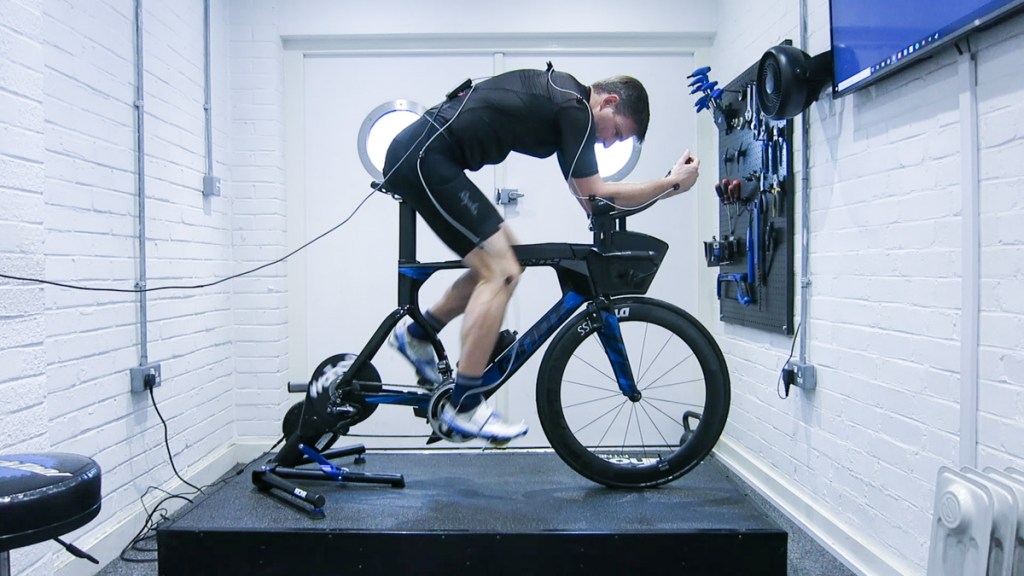 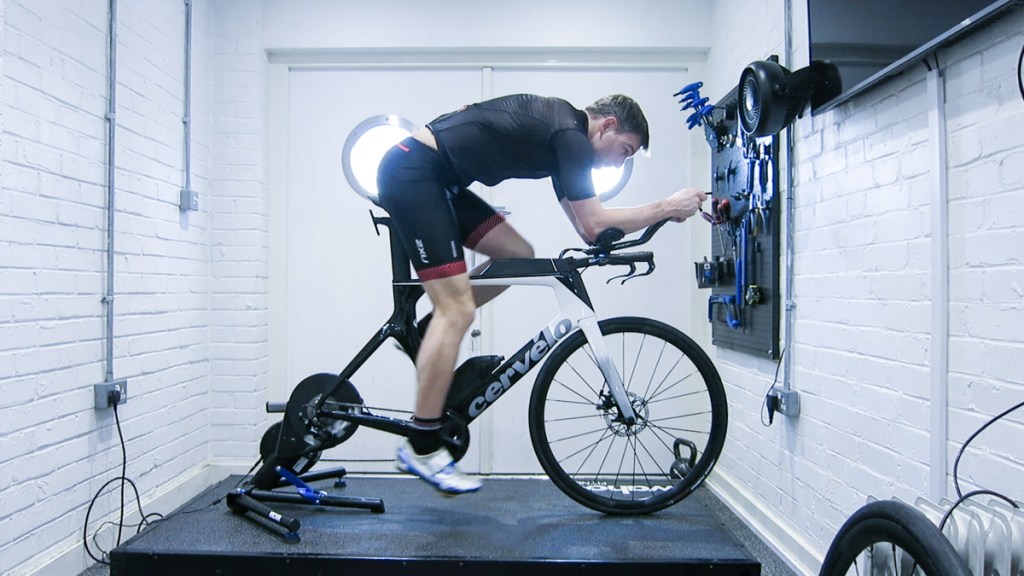 3-stage process of moving from a bike frame that doesn’t fit you …to one that fits like a dream. Thanks once again Freespeed! Before: The Ironman Crew all smiles and rosy cheeks before their 3 day hike ‘up North’… 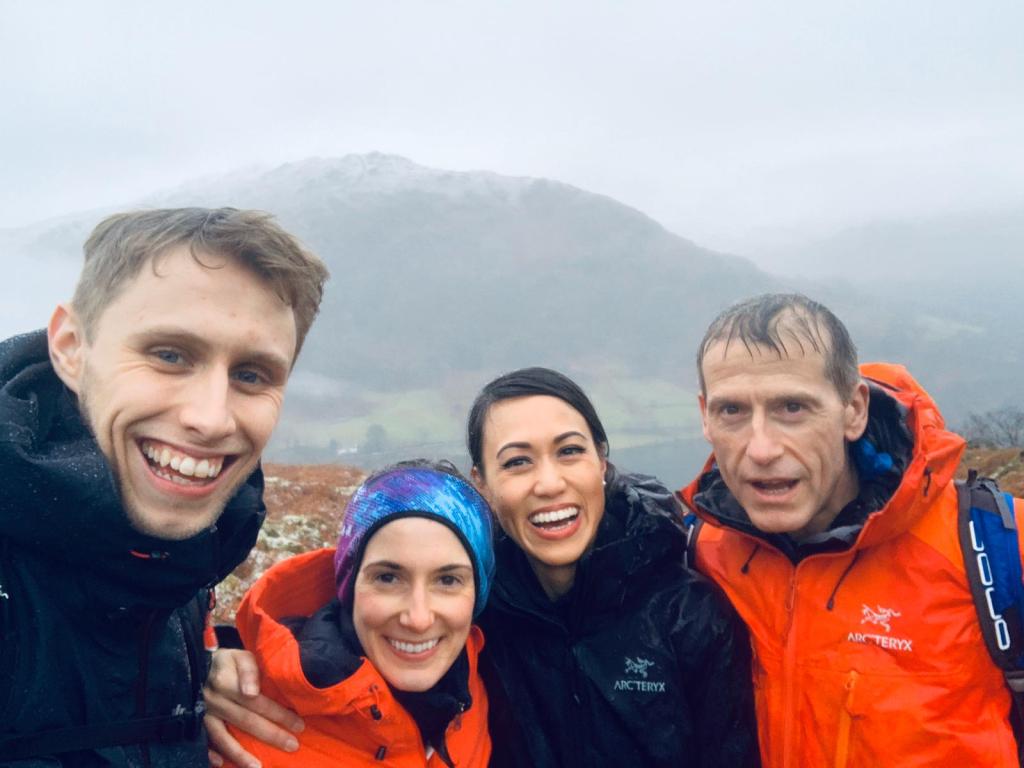 After: Drowned rats but still smiling! 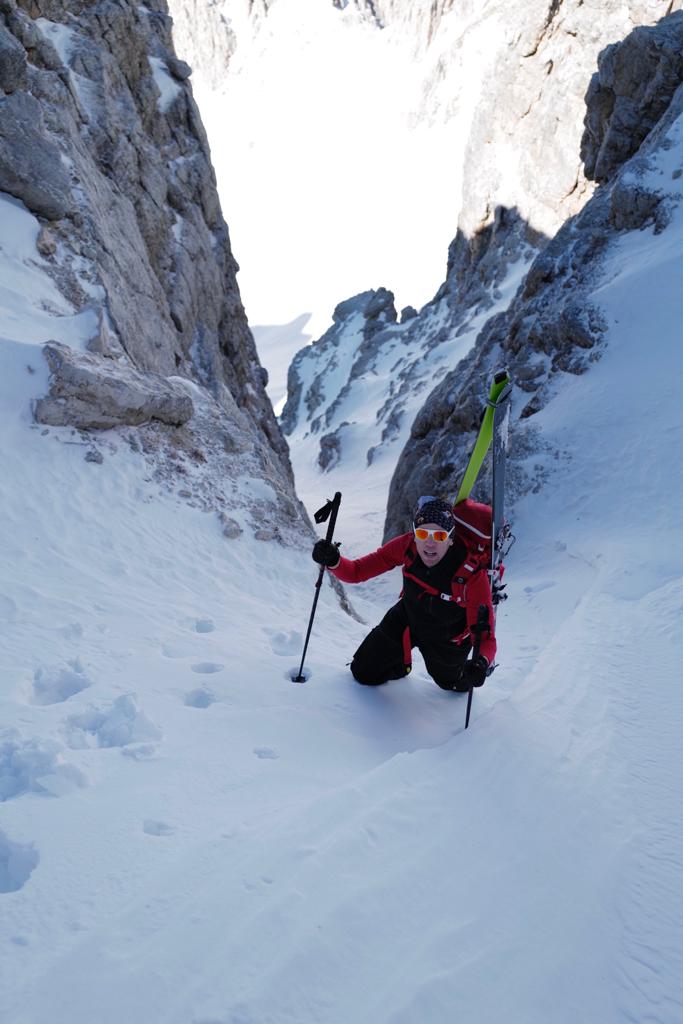 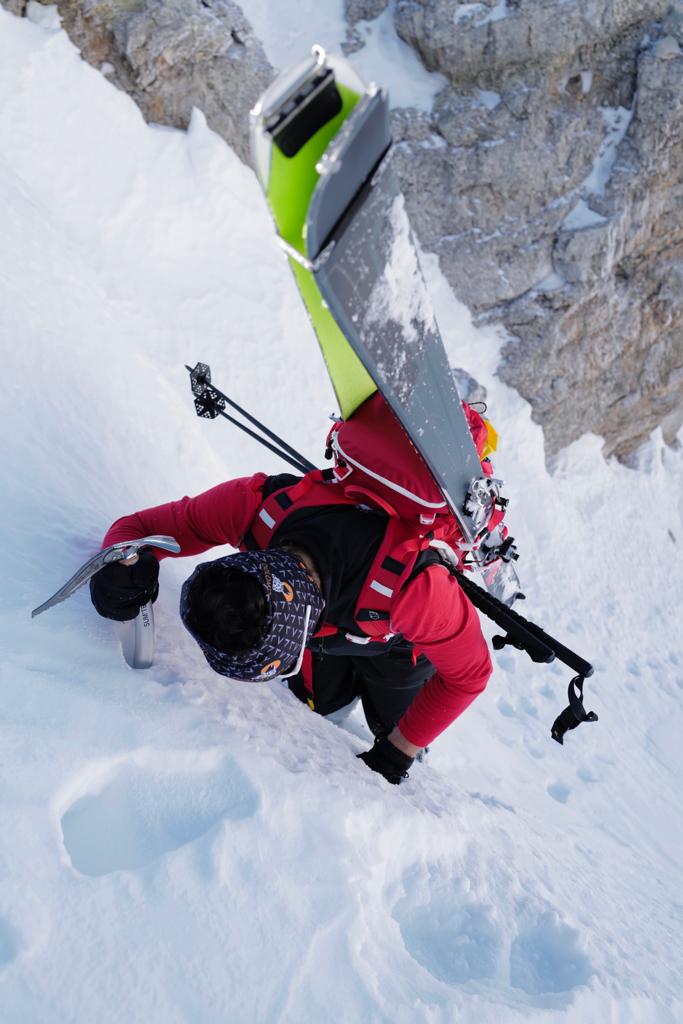 …looks like Bigfoot beat him to this route though! Love it when my athletes visit Wales (thanks Peter)…I get Daffodil & sheep photos…what more can a proud Welshman want?

Fave insta post of the month….Couldn’t have said it better myself Bruce #instawisdom