The race season well and truly kicked off this month for Team Nagi athletes. There have been some terrific early season race performances covering a multitude of events all around the globe. We’ve also seen a shift in the weather with some glorious summer like days throughout April. If there’s one thing that the sunshine brings it’s happy motivated athletes, which is always great to see.

What’s even more rewarding is seeing all their hard winter work starting to pay off as they break out into early season races. It’s just reward for the hours logged in the pool, on the treadmill & turbo trainer.

To build on this its important your plan now starts to evolve to the next phase, it’s an incredibly exciting time because it really does mark the turning point from just training to racing. This requires a whole new approach in thinking, preparation and planning. It also requires the development and refinement of certain skill sets that will help you race more affectively. Think of it as the time to refine your ‘race craft’. It’s an investment that will ultimately play huge dividends, don’t fall into the trap of just focussing on the training.

There are 5 key areas that need consideration and evolution as you move forwards:

The golden rule here is if you plan on using it, test it.  Don’t wait to race day to try something it because it will invariably comeback to bite you. Considerations such as choices of race kit, wetsuits (dusting off the wetsuit), runs shoes, run laces, bikes shoes, helmets, wheel choices, goggles all need to be tested and ticked off, racing then becomes more seamless with less worries. It’s often the smaller elements that can have the greatest impact on race day so don’t underestimate the above.

There are a whole host of technical skills that need refinement for triathlon from taking a wetsuit off quickly to mounting and dismounting your bike. A lot of these relate directly to what you do in T1 or T2 so transition simulation is incredibly important. If you are weak in this area then practice it in training.

You should also be incorporating sighting sets into your pool swimming to ease the transition into open water. Don’t just leave it for your open water swims sessions! If you want to get good at it and for it to feel more natural then it should be frequently practised in the pool. You can also practice using your wetsuit in a swimming pool, just take it off when it becomes too warm. Even a small amount of time will be useful.

Other key elements to practice will include puncture repair, open water swimming and refining your bike handling skills to suit the course you are racing on, especially if you are transitioning from a road bike to a TT bike position.

Again if you plan on using it then test it! This really can make or break your race at any distance from Olympic to Iron-distance. You will need a plan for fuelling & hydration. This will vary depending on the distance you are preparing for so its important to know what your body needs and what products work for you.

You should also consider how you are going to carry this nutrition and consider the best way to consume it. What drink system will you use?  How will you carry your gels, bars etc?

The sensible approach is to test it during your key race like sessions from week to week. You can learn from it then adapt it week to week based on what you experience. There are no golden rules, but there will be requirements, so find what works best for you.

Visualisation is one of the most underrated forces for success. If you can see it, it will be easier to execute it. The more you run through it in your mind the more it becomes autonomous on race day. Think of how your perfect race feels to you as you move through each element of the swim, bike, run and transitions in between. Make a list of positive affirmation statements or powerful words that will help keep your mind focussed on the task at hand. This will help you stay in the moment and help you battle back against any negative thinking.

As much as we want to plan for the positive you should also have a plan for when things go wrong. There is a chance your goggles could get knocked off in the swim, you could take a kick to the face, you might struggle to breath in the swim start, you could puncture at any time – the question you need to ask yourself is how will you react if this happens to you? There’s a right way (calm & controlled) and a wrong (throw the toys out of the pram & panic). If you have a plan already in place it easier for you brain to switch into the ‘do things sensibly mode’ so you can deal with whatever has happened much more efficiently and affectively.

Never forget, it is your mind that controls your body.

5: Plan for what’s ahead

As much as we want to plan focus success in races thought should also be given to how you want things to run in the days leading into your race. Ask yourself what the ideal race build up looks like to help keep you calm and relaxed?  What are the stresses you want to avoid ? By thinking ahead and implementing a plan you can avoid the last minute panic that often has such a big impact on race performance.

None of the above is rocket science, but it never ceases to amaze the number of athletes that leave all this to the last minute. They then end up having big issues on race day or during the build up. All of the above require the least amount of effort and time input to see significant improvements. So be sure to make time for all of the above because they can dramatically increase your chances of race day success.

The team kicked things off in style this month with some terrific early season performances. Huge congratulations to all for some truly gutsy performances that show incredible promise for the season ahead. 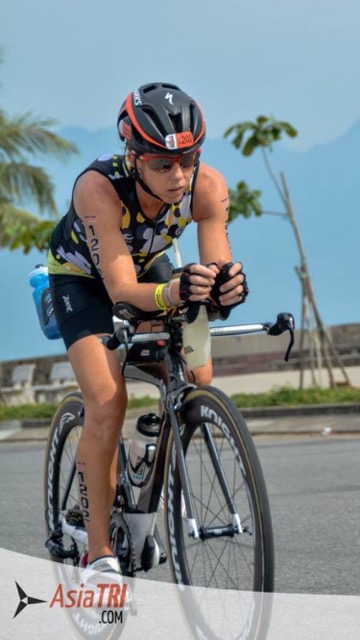 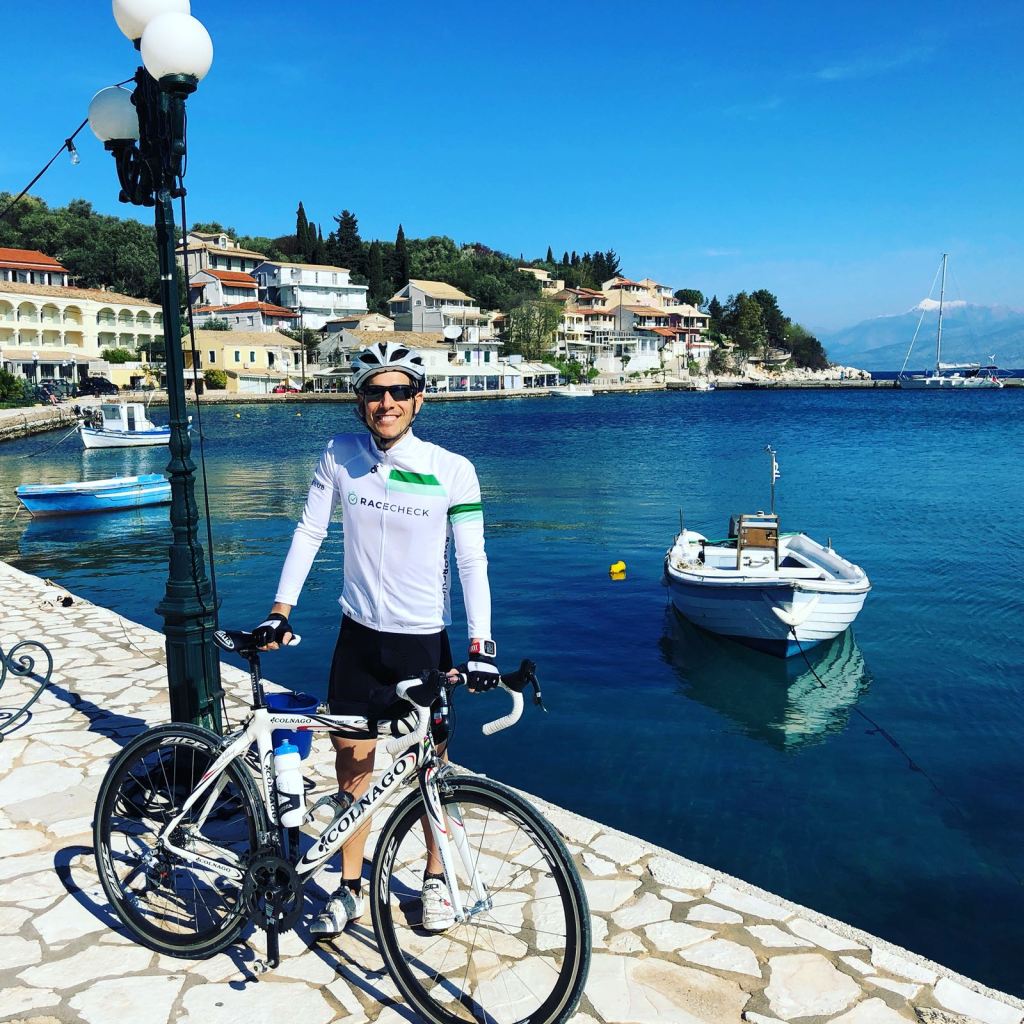 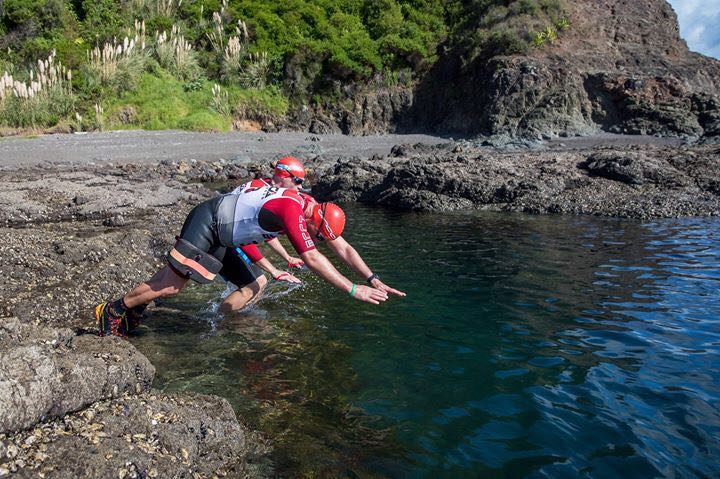 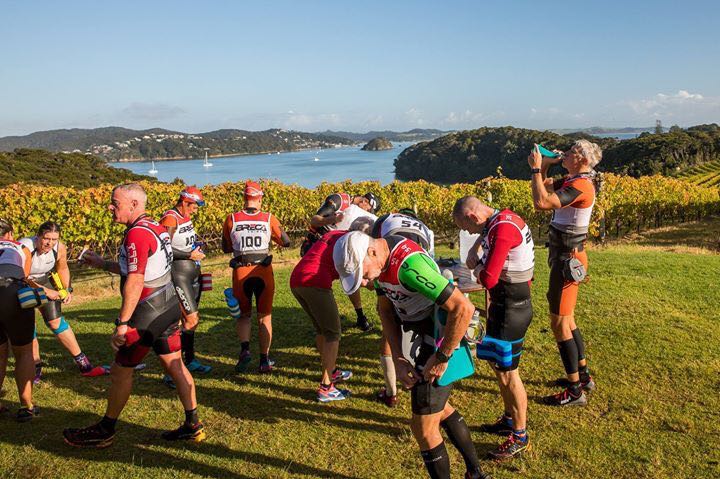 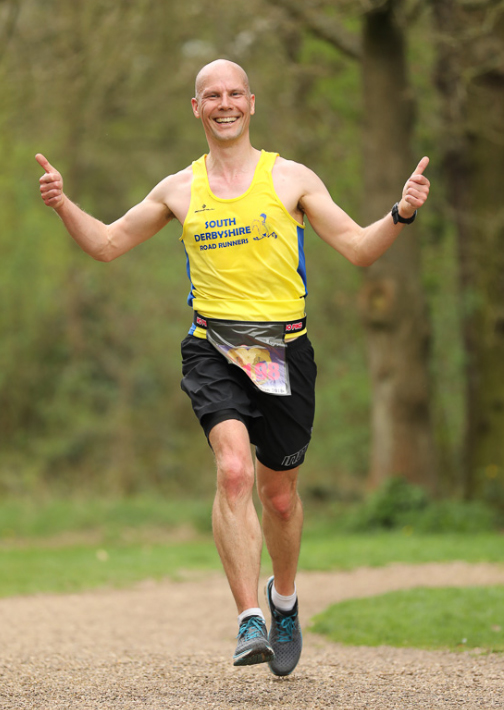 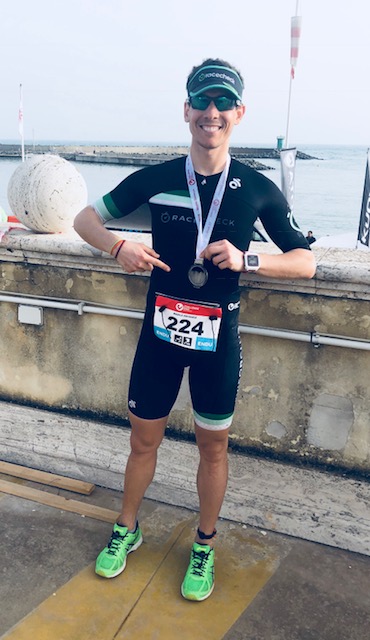 Ex-banker for 12 years in Tokyo and Hong Kong, moved to London end of 2016 to start my own business.

Can you tell us a little bit more about your website  www.racecheck.com?

Racecheck was born as a concept about 6 years ago after participating in a really badly organized event in Japan that left me wishing there was a centralized online platform, just like trip advisor, that would enable athletes to share feedback about events so that organisers knew what they need improve on and help athletes make better race choices.  Since focusing on it fulltime we have become the UK’s largest event directory for most endurance sports, with over 15,000 past participant reviews that give athletes a heads up on what to expect. We are introducing new functionality soon, such as event registration and travel planning facilities along with social connectivity between participants, being able to share race calendars, finish times, reviews etc.

Japanese Buddhist monk, or a rock star drummer – or any occupation that has a disdain for living life in the hamster wheel

Runs with long threshold intervals, nothing gets me out of my head like being in the functional discomfort zone

Lanzarote for biking, along the Thames for running, and Corfu for open water swims

Tough question – It would probably have to be “The Book: On the Taboo against knowing who you are” by Alan Watts, I get a new Aha! moment every time I read it and the chapter “The game of black-and-white” always gives me the chills.

You’ve just had an awesome result at Challenge Roma, how did it go and what were the key elements that you put in place that lead to this performance?

Challenge Roma was a rollercoaster of emotions and plenty of surprises that gave me the opportunity to make some difficult decisions under stress. Despite being a relatively strong swimmer I experienced my first ever sense of panic in the water, feeling trapped and claustrophobic with a massive group of bodies around me, and having to force myself to calm down and to act rather than react. I instinctively wanted to escape and take a detour to get away from the crowd, but that would have only made matters worse, as all the swimmers that I wanted to get away from would have just ended up swimming over me. So I tried to regain my composure and breathing, kept moving forward and thankfully a few minutes later the big group naturally broke apart and got myself some breathing and swimming space again. The second point during the race where I was mentally tested was when I got to the 7thkm of the run, having already smashed myself for 3 hours and realizing that they messed up the aid stations and I’d have to get through the remaining 14kms with nothing but water – and even that just once per lap (3 lap course). I was extremely angry and disappointed as I had started the run in really good form and the prospects of me being able to sustain that were quickly fading as a result. I had every excuse in the world to slow down, but I decided to keep going strong until I no longer couldn’t. I did slow down a bit towards the end but not by much, and managed a 10min PB overall. Even though it was probably one of the worst organized events I’ve ever attended (reminder me why I started racecheck in the first place) it was one that I will look back with pride, both in terms of my performance but especially by the way I handled the challenges that were thrown at me.

Another key achievement for me and something that I put in place before the race under Julian’s guidance was to make sure I race my own race, and not let myself feel let down or get discouraged/distracted by how others around me race. It was another key breakthrough for me which actually made the race a lot more fun as well.

Next up is Challenge Salou at the end of May, then 70.3 Gdynia in August and Ironman Korea in September if my workload behaves.

Team Nagi out & about this month 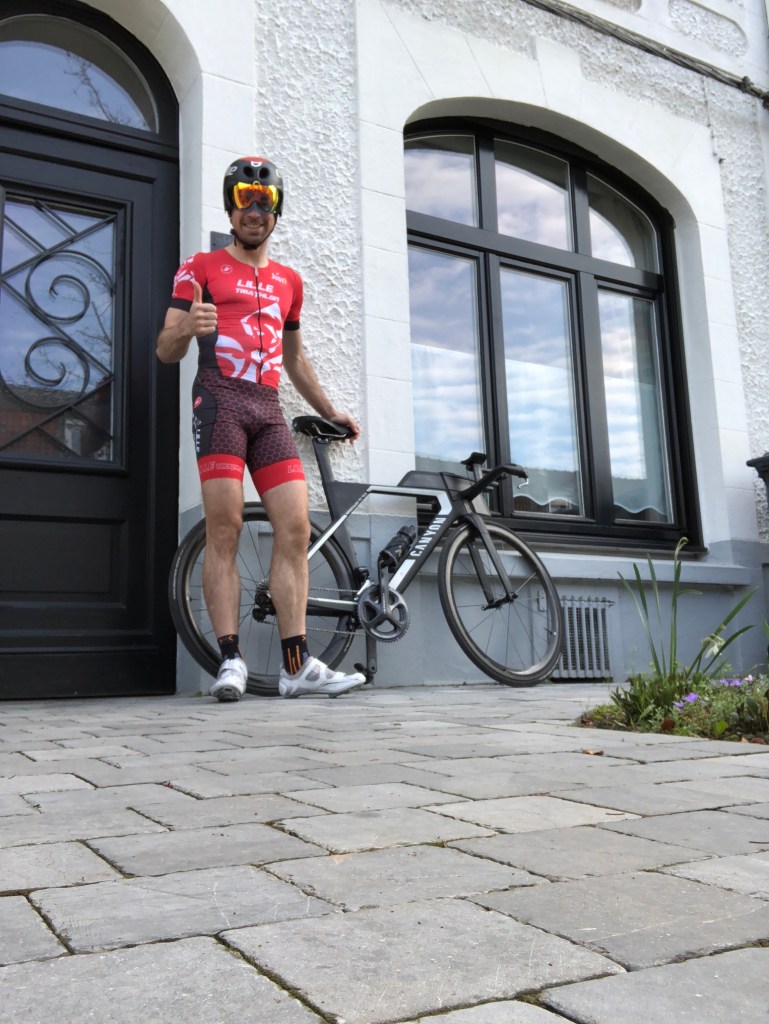 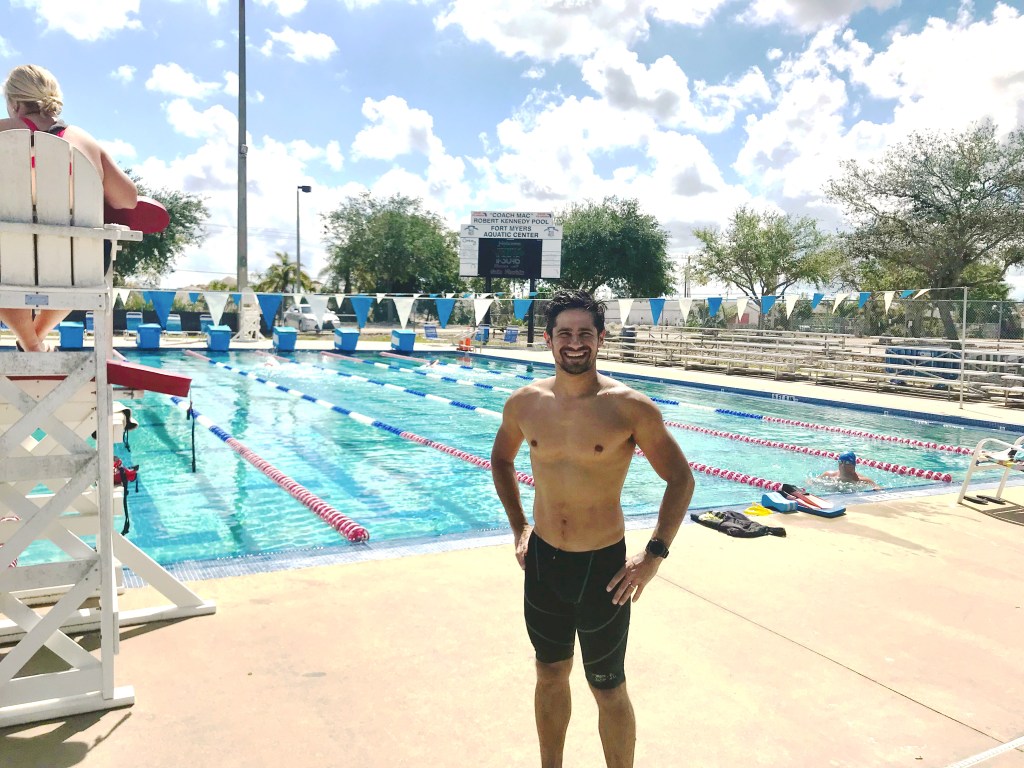 ‘Tash the Flash’ gets down & dirty on a weather hit Sunday ride. 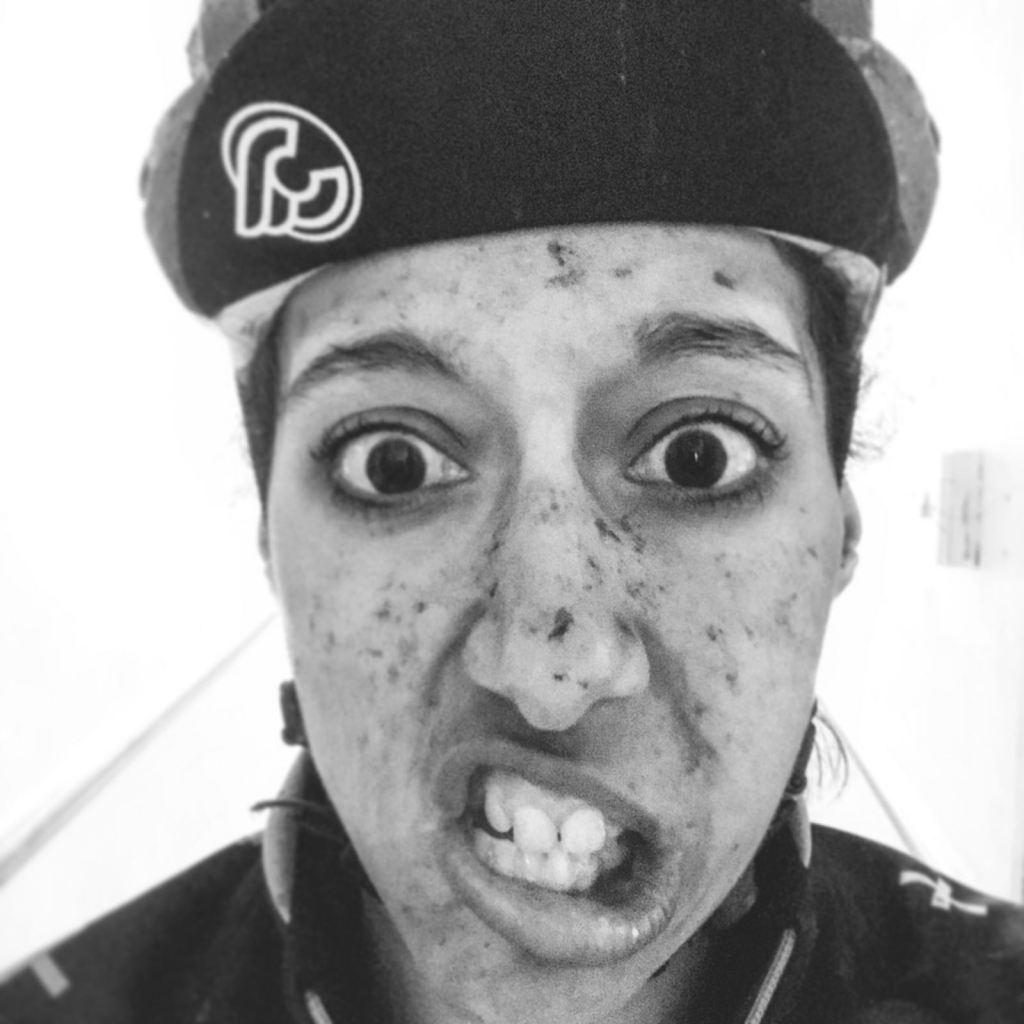 Stefano Lolli achieves a lifetime goal whilst training in Lanzarote. 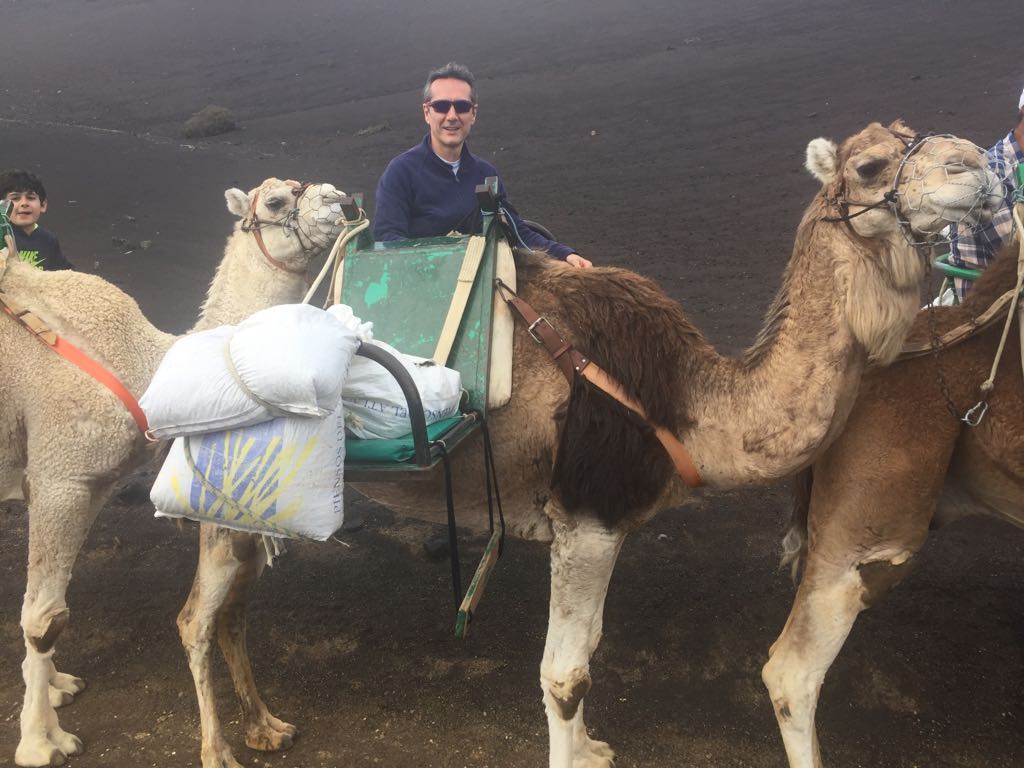 Ride buddies – Who is this rider in the mist with Stefano? One clue – between him and his wife they’ve won over 20 professional Ironman races. 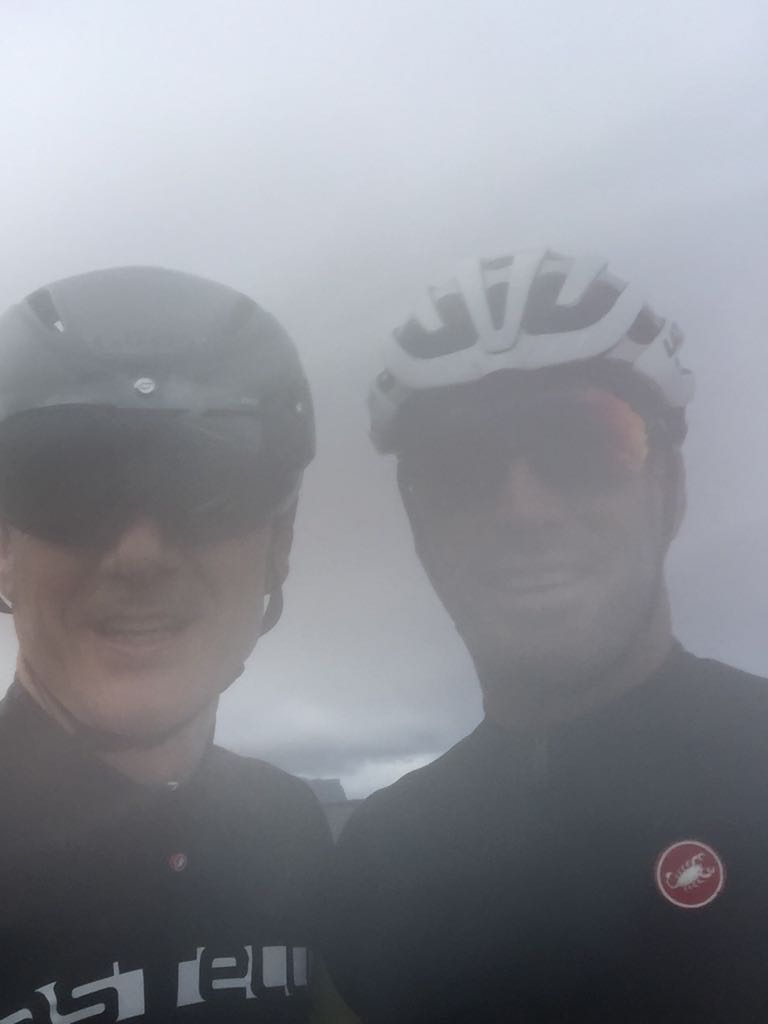 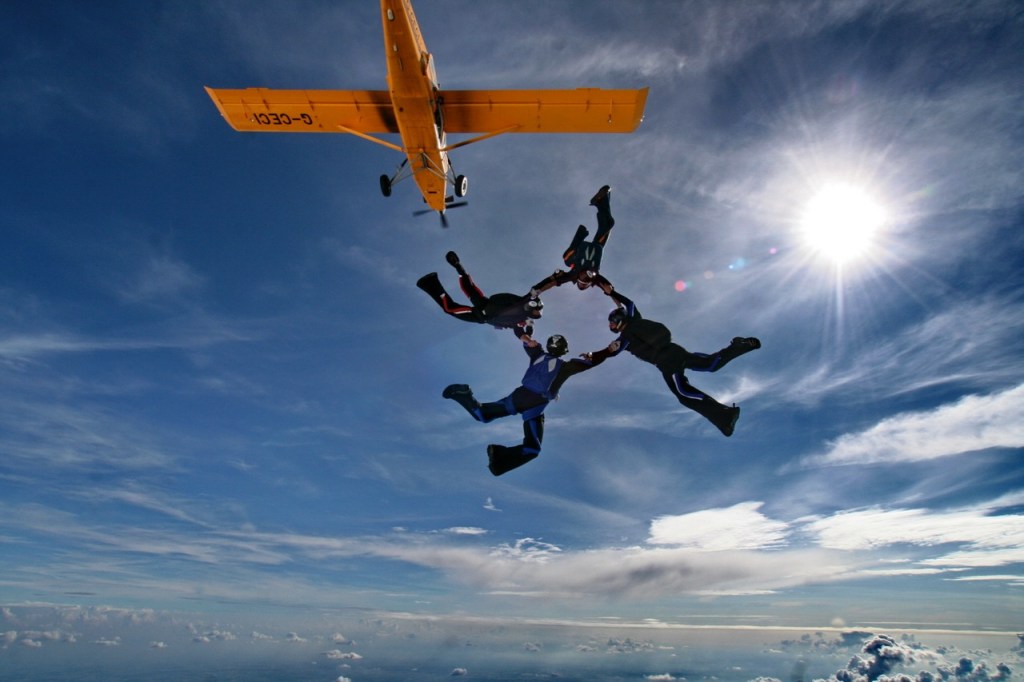 Definitely a young one watch for the future – ‘Lightning Legs’ Annabel Jansen takes the School X-Country Championship win for the 3rd year in a row. Great work Flossy! 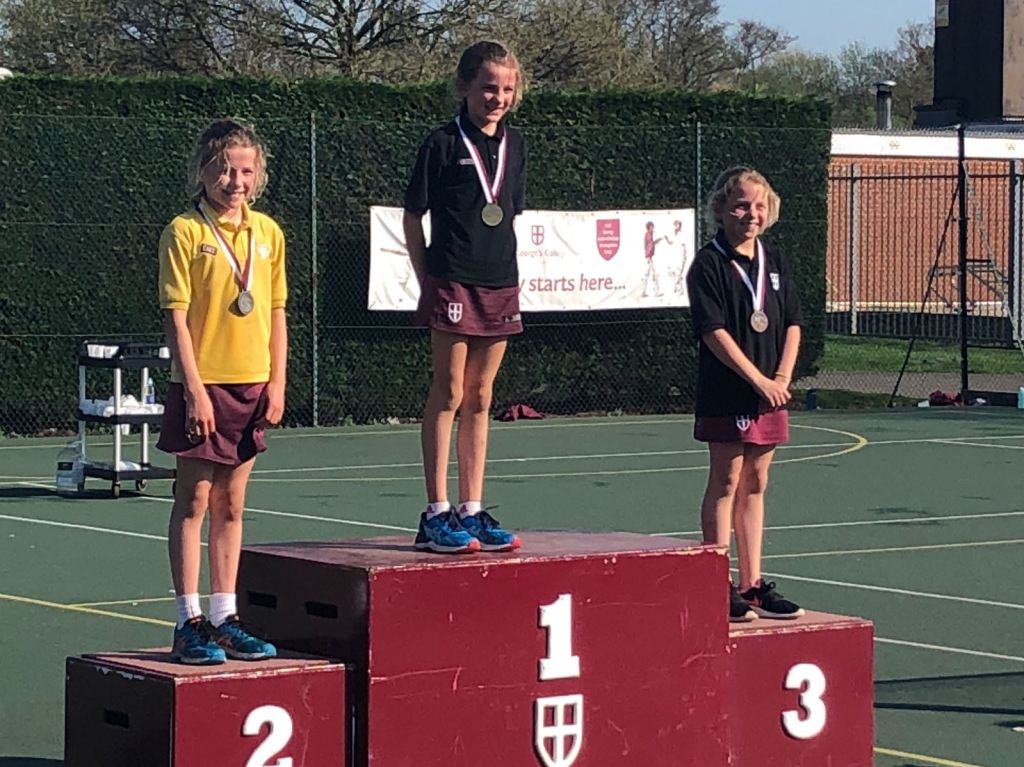 Spotted at Saturday swim squad last week – There’s only one person who can pull off a pair of budgie smugglers in these colours. The main, the myth, the legend – Tony Peach kicks off his return to Ironman training. 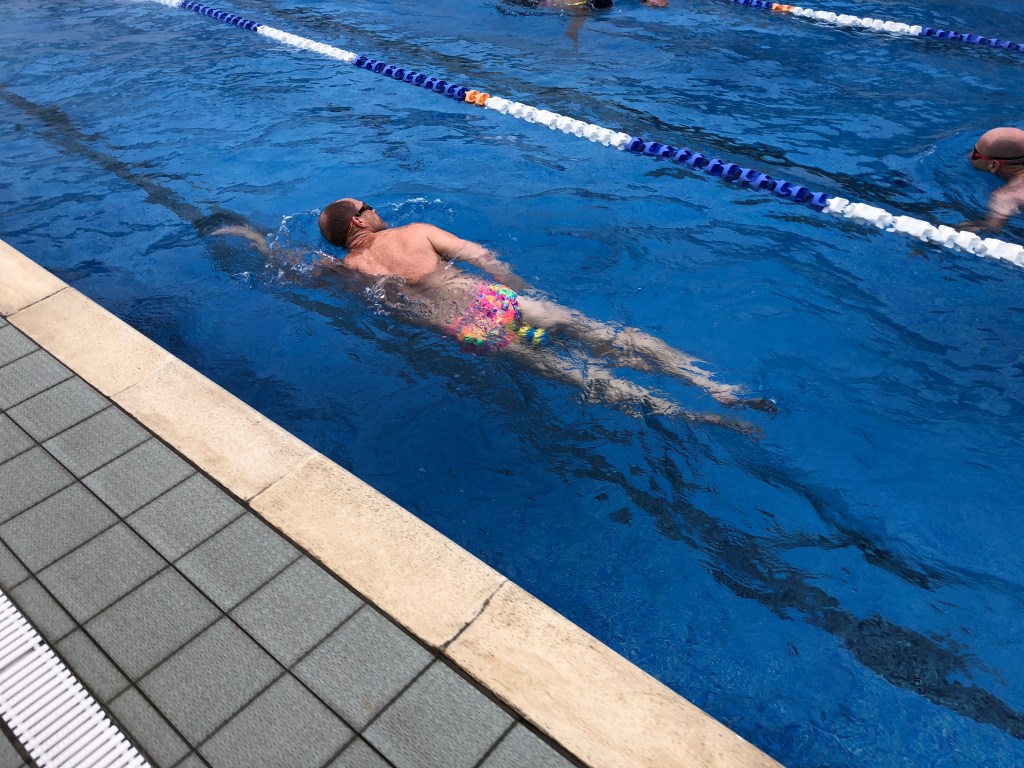 Swimming – are you suffering from I.A.S ?

The variability of fitness testing

The 3 most important turns on a ski run

The greatest of all fault is to be conscious of none

Dusting off the wetsuit

Everything you want is on the other side of fear