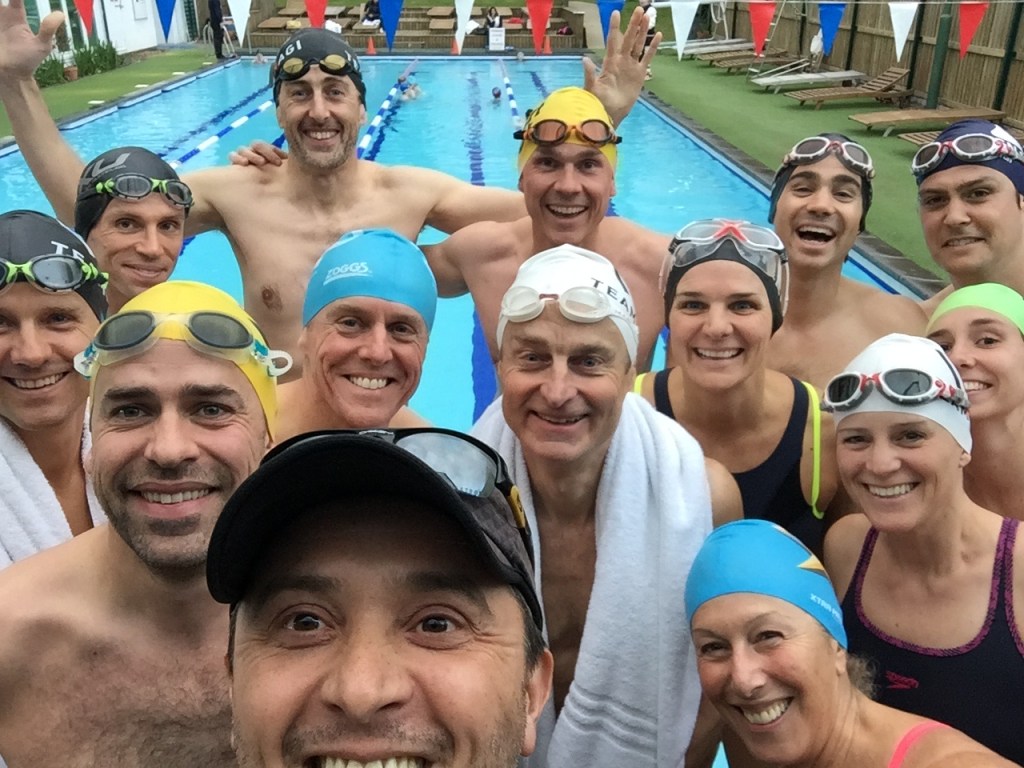 This all tells us that summer is quickly approaching and that means race season!

The results are starting to come in thick and fast with our athletes racing over a whole range of different events and distances. The primary reason for this early season racing is to blow off the winter cobwebs and help guide you into peak form come the summer. Each time you get out there and race is an opportunity to test your boundaries and learn something new about yourself.

This phase all about learning your ‘race craft’, where new skills such as open water swimming, transitions, nutrition and pacing strategies need to be tested and evolved. If you’re smart and honest with yourself at the end of each race you will see things that can be done better next time. This is how the true racer in you is born. You might have trained effectively but now you have to learn how to race effectively, two very different skill sets.

So my message this month is to get excited and welcome those butterflies in your belly, don’t fear racing, relish every moment of being out there testing yourself. You will never feel more alive when than you do this.

Many of my blogs in the coming weeks will be about the application of the racing mindset. The blogs are designed to challenge the way you think, give you ideas on how to train and most importantly help get you race ready. Hope you enjoy reading them.

I’ve been lucky enough to work with some great physio’s in my time who have helped keep my athletes out there training and racing hard. I wear many hats as a coach but a crucial part of my team has always been my relationship with the best therapists. The therapists I choose to work with fully understand the nature of triathlon and the athlete mindset. They want to get my athletes back to doing what they love as quickly and as safely as possible. It’s no surprise two of the best physio’s i’ve worked closely with are both former Ironman athletes and ultra distance runners (Nathan Carter & Mark Green ).

Nathan is my on hand London based physio, before that it was Mark Green who moved to Sydney, Australia a few years ago. Since then he has become one of the best ultra runners in Australia and has set up a hugely successful practice called ‘The Body Mechanic‘, he has also just launched the ‘The Locker Room’ which he explains below:

“The Locker Room is a website which has been designed by a runner and a physiotherapist who has been treating runners, cyclists and triathletes for over 20 years. In The Locker Room you will learn everything you need to know to manage your body and your injuries to become a faster, stronger athlete”. Mark Green.

He has kindly let all my athletes and blog readers sign up for a free month trial of his new website using the code “TeamNagi”. It really is a brilliant concept and there is loads of useful information in there to help you become better athletes and stay injury free. He will also be providing on going tips on my newsletter along with other therapists.

One of the best performances of the month has to go to our very own Tash Jackson at The Volcano Olympic distance triathlon in Lanzarote. In an absolutely stacked field of female triathlon talent (this included former 14 time Ironman winning pro Bella Bayliss & current top female pro’s Alice Hector and Corinne Abrahams ) Tash managed to win her age group and come 11th female overall in 2hrs 20mins (24:21 swim/ 1:11 bike/ 40:16 run). Just seconds and one position outside of the prize money top 10. A true breakthrough performance if ever i’ve seen one. 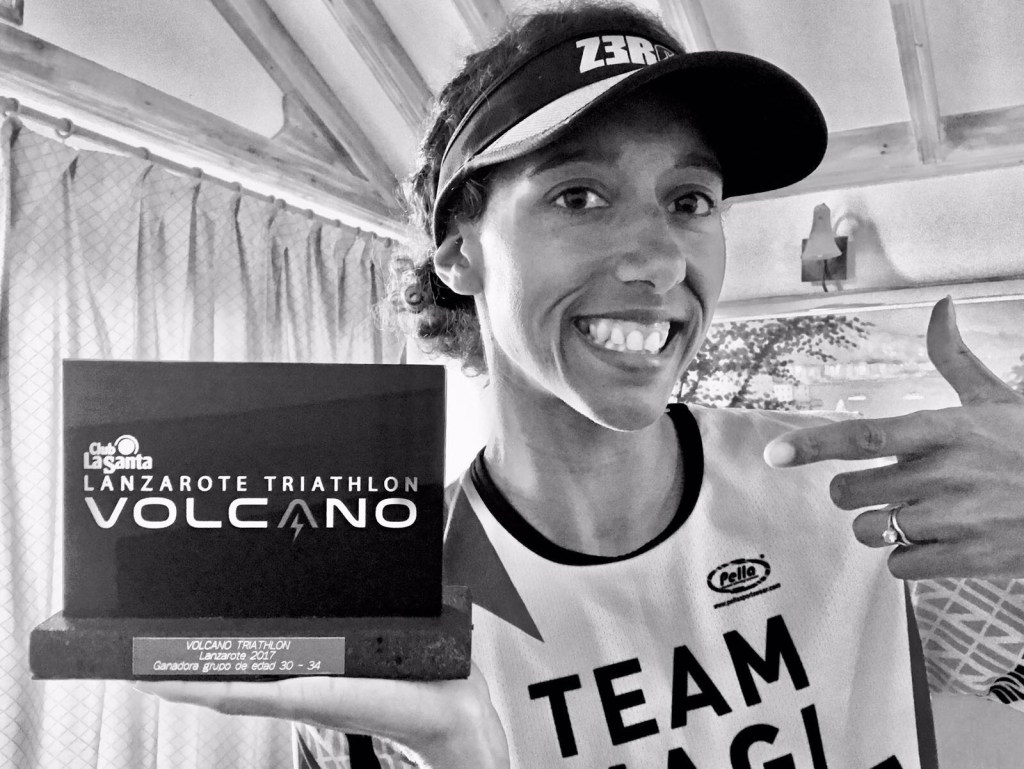 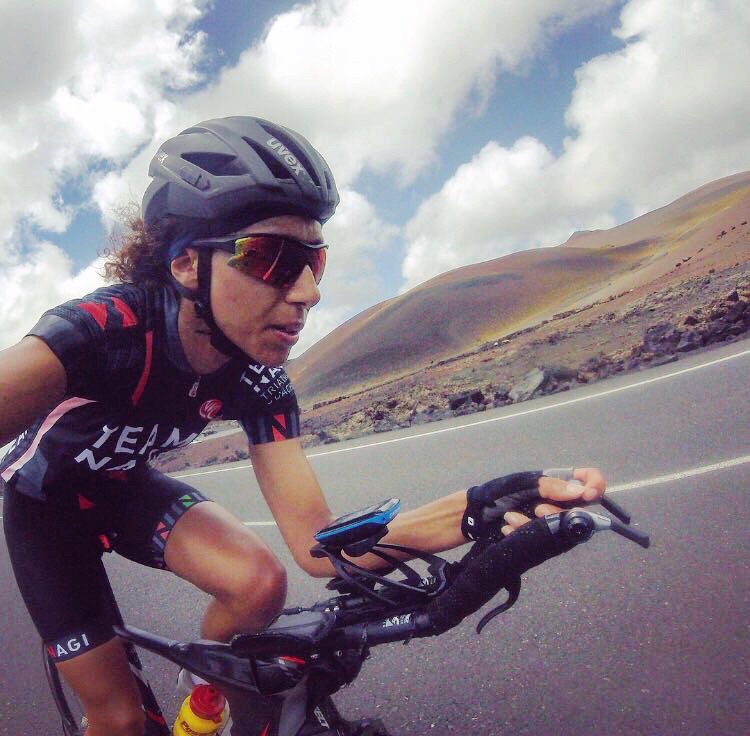 Our Australian charge Emily Loughnan, not long after her Kona Qualification at Ironman New Zealand was quickly back in action at the premier Rottnest ‘Swim-Run’ event in in Perth, Western Australia. The event takes place on the beautiful island of Rottnest and involves teams of two circumnavigating Rottnest Island covering a total distance of 32.7 km. There are 10 swim legs ( total of 4.5kms ) and 10 run legs ( total of 28.2 kms) a mix of beach running, trail running and road running. This popular event seems to be going from strength to strength all around the world. I’m pleased to announce that Emily her racing partner managed to win the event! Congratulations to both. 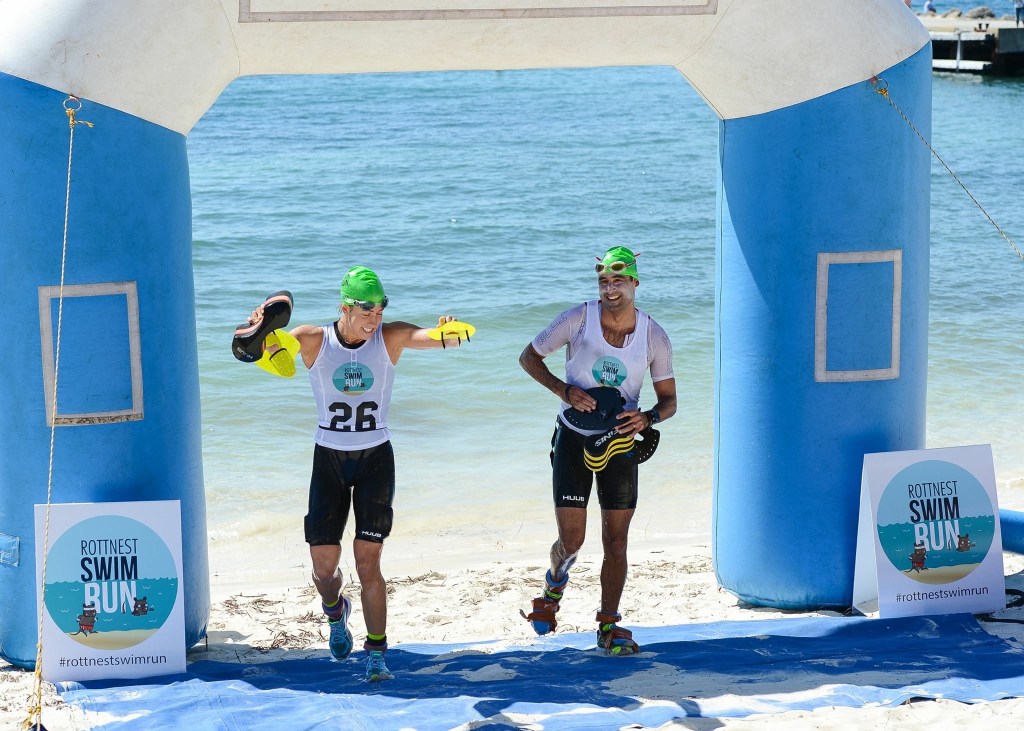 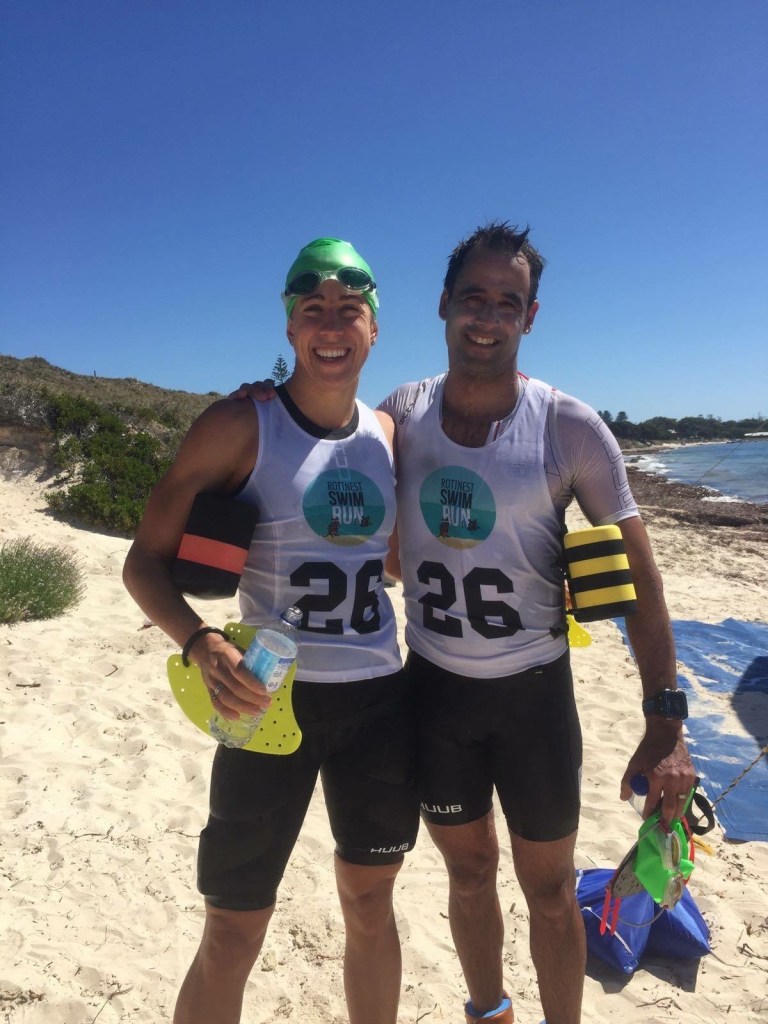 Next up was new Team Nagi athlete Paul Pulze (35-39 cat) at Florida 70.3. Paul put in a terrific performance for his first race of the season setting a lifetime best of 5hrs 9mins. Paul put in a gutsy performance in tough hot conditions, this will prove to be a shot in the arm for his confidence moving forwards to future races. 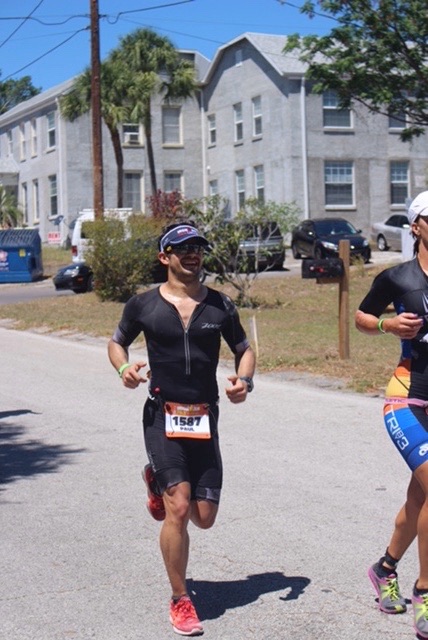 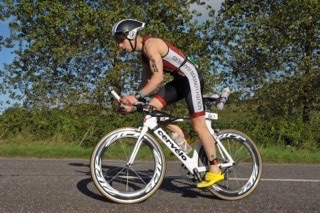 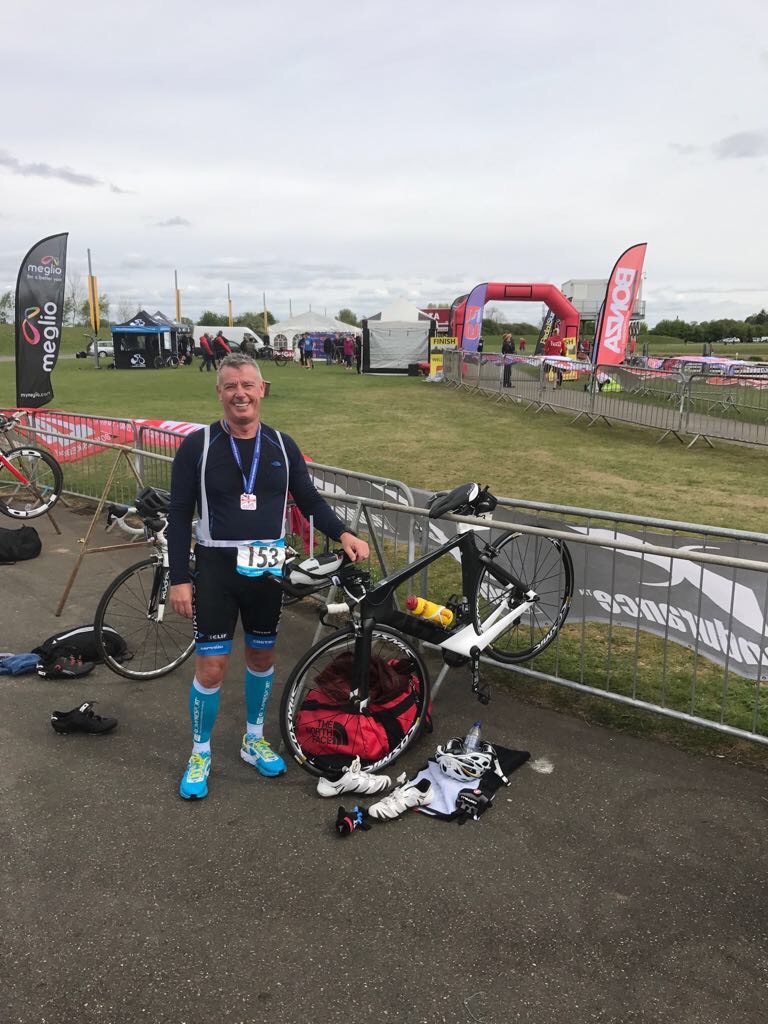 Simon North was our only runner at The London Marathon this year and he didn’t disappoint. His goal has always been to run a sub 3:30 marathon, he came in at a superb 3:29mins! A lifetime goal achieved at the age of 58, good on your Mr North! (paced to perfection). His sights are now firmly set on Challenge Roth. 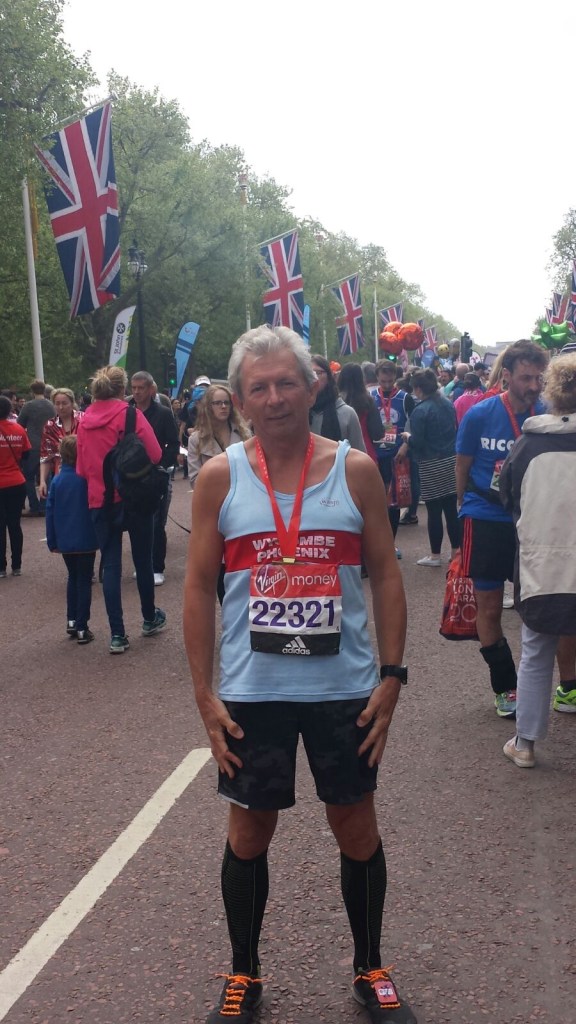 Andy Rogerson was also action at the Ashbridge standard duathlon. I’m pleased to say that after a number of weeks of illness he bounced back to show what a tough guy he is to win his age group and finish 8th male over in 2hrs 18mins (37:43 run/1:57 bike/20:14 run).  Setting a new 10k PB in the process.
Last but not least Alex Tanti finally got to make his race season debut at the Steyning triathlon. Alex finished in 1hr 55mins, his first hit out after a tough pre season with an injury.

Photo of the month –   “Face to face with myself” 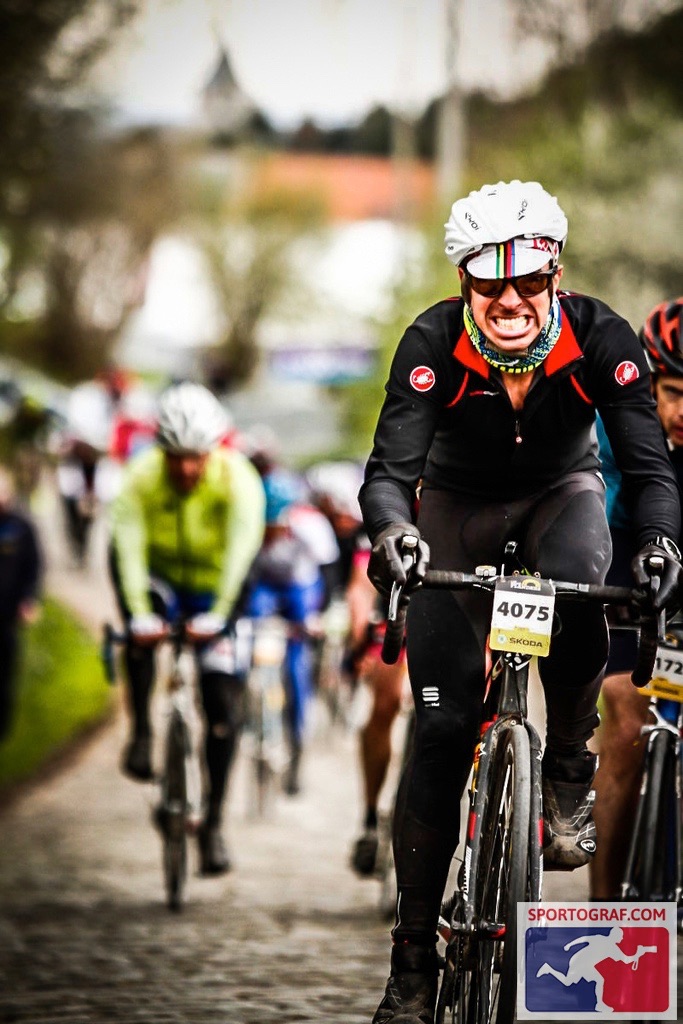 The winning photo  for April came from our French athlete Remi Fackeuere who raced at the French Classic ‘The Tour of Flanders’ earlier this month. I think the photo speaks for itself; the passion, the desire, the pain all combined with a very French way of wearing your bike helmet! 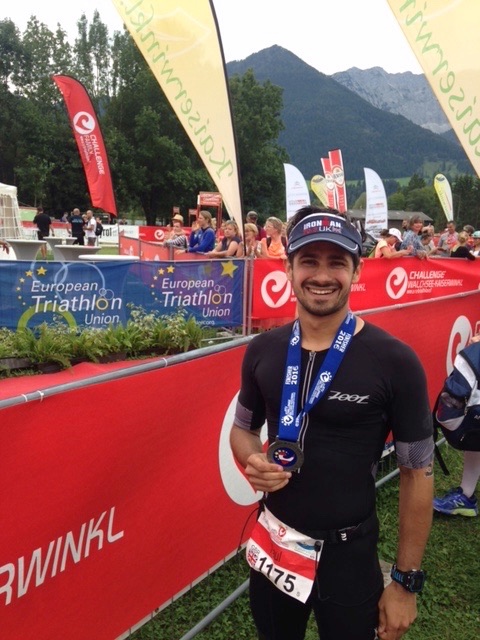 My favourite session has to be on the turbo. I’ve always preferred training indoors (which makes racing outside a bit of a novelty!) and since we’ve moved out of London I can now do all my bike sessions on my turbo at home instead of on a Wattbike in the gym. Over the past few months I have learnt to love the low cadence work more than the speed sessions so I usually dread those on a Thursday morning!

Least favourite training session:
I only learnt how to do front crawl back in 2011 so swimming is still my weakest discipline. I’ve definitely grown to enjoy it more over the past couple of years and there are times I look forward to some sessions but it’s certainly not my favourite.

My iPod has a pretty eclectic range of music on it, spanning decades and genres. I definitely don’t have a favourite song as there are too many to choose from!

My garage has become my pain cave but living within a few minutes of the River Thames means that after my turbo, I can be down running along the water within a couple of minutes. When the garage eventually gets too hot, I will probably be out hitting the Surrey Hills.

10-12 hours per week since the start of the year

How was your training build up to Florida 70.3 ?

Since starting with Julian at the end of last year, the focus has been on strengthening my bike and improving my run off the bike. To do this, my bike volume has increased and at the same time targeting lower cadence intervals. All my runs have involved doing a turbo session earlier in the day and getting my legs used to running on fatigued legs which I certainly think has made me physically and mentally stronger.

What were your race goals ?

Over the past few years my times for 70.3 races have consistently been between around 5.5 to 6 hours so my goal was to break my 5:25 PB. I’ve also had issues with racing in the heat and not being able to “run” the run, so I wanted to have both a good bike and a good run and not one or the other.

The race didn’t start off ideally, with the swim not being as good as I could have done, partly due to not having a wetsuit as I expected it to be non-wetsuit race. Despite a slower than expected swim, the bike went well and far exceeded my expectations setting a new PB. My run was decent despite the heat and hills and given the conditions, was better than I had hoped for. In the end I managed 5:09 which was better than my goal and has shown me that only after a few months, my training is taking me in the right direction.

The next goal will be another 70.3 towards the end of season, probably either Otepaa, Portugal, Weymouth or any other suggestions would be greatly appreciated! 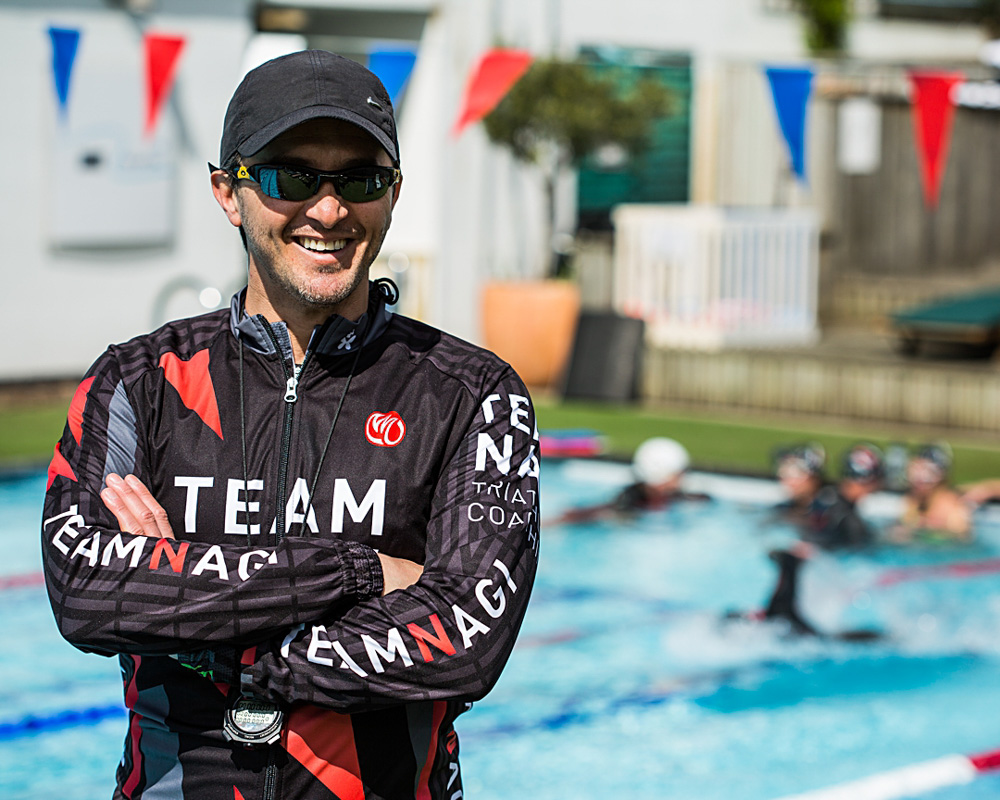 I hope you find this newsletter valuable, if you do please share it with your friends and training partners using the social media links.

Please feel free to sign up for my free triathlon training blog and newsletter at http://teamnagicoaching.co.uk/blog/

I also welcome your feedback at julian.nagi@gmail.com