It’s been so great to hear that so many of you fired up and inspired by what Emily did in Hawaii a few weeks ago. I know many of you will have read my blog on her amazing journey to becoming a World Champion but I’m even more pleased to announce that you can hear directly from Emily below on her very first podcast interview. The media and attention both at home and internationally has been considerable and this request for an interview came through from Denmark of all places. It’s a terrific interview that I’m sure you will all enjoy. 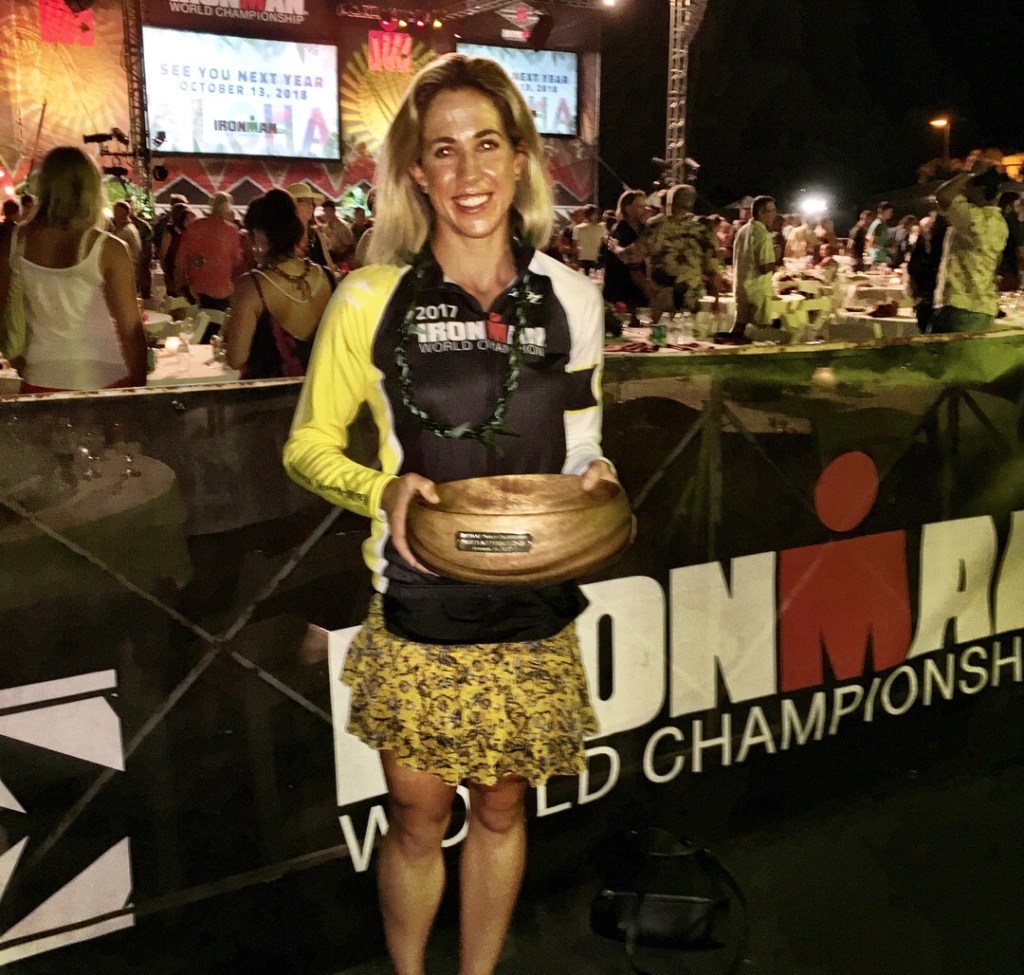 October is always an exciting time for triathletes because for many it will mark the start of their 2018 race season campaign.  A sure sign you are ready for this is if you start to feel a surge of motivation running through your veins and you are now itching to get back into structured training. It’s a difficult feeling to describe but once you have taken enough time to rest and recover you just know it is the right time to start building again for the season ahead. If you don’t feel like this then its simple – keep resting until you feel ready, there is no rush.

For those that are now getting back into training it’s a hugely important time. It’s important because you should have taken time to reflect on your previous season. You should also be asking yourself what’s missing and what new ideas can you bring in to help keep moving you forwards. Don’t expect to just keep repeating the same patterns of training and behaviour. If you want to evolve as a triathlete there has to be some honest self-reflection that identifies areas that can be improved. You have to look at the season ahead with ‘new eyes’ and be prepared to go to new places that are previously undiscovered.

A word of caution, make sure you ease back into training slowly and progressively. You will have lost a considerable amount of fitness during your recovery period; many underestimate the importance of this. In fact many try to hold onto their fitness way too long and end up ill, injured or completely burnt out. I’ve already seen many athletes returning to training and pushing that little bit too hard too soon and it not feeling good. Your body will tell you all you need to know and if you  get the balance just right training will be a far more enjoyable experience.

This time of year is all about waking the body back up and slowly building from week to week. Keep your training simple, varied, challenging and fun. You’ve hit a low base so enjoy making those gains big gains that are only possible at this time of the year. There’s a long season ahead so a bit of training subtlety & patience now will pay huge dividends as the season progresses. 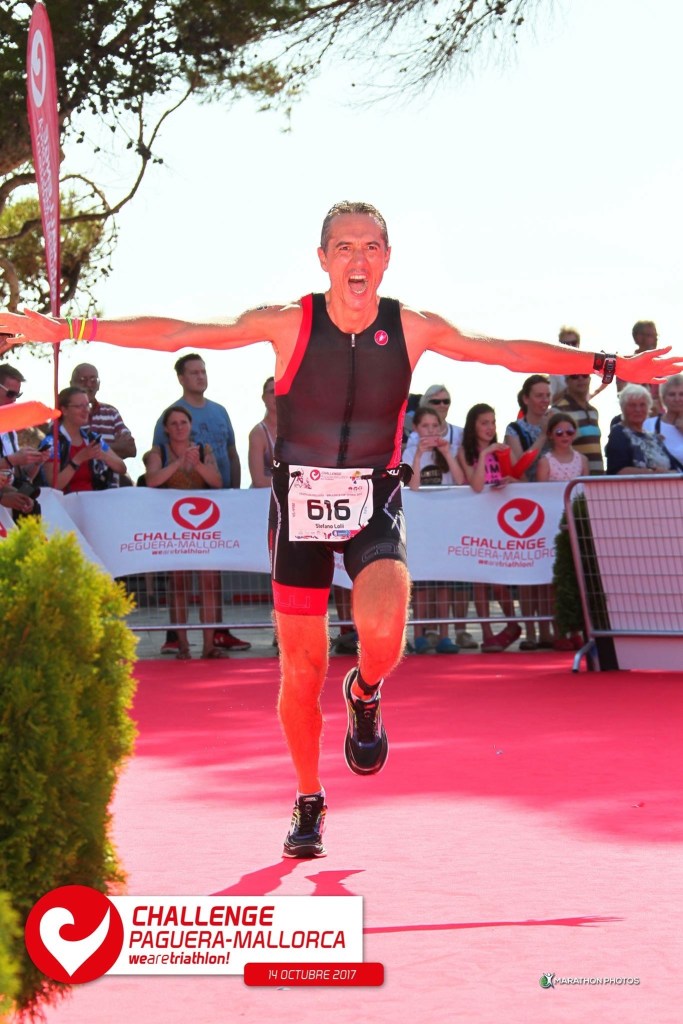 October has been a very special time for Team Nagi racing. We had Emily’s success at the Ironman World Championships but there was also a performance that stood out for me at the very opposite end of the scale. It’s a performance from one of our athletes taking on the challenge of a Half Ironman for the very first time.

Stefano Lolli came to me back in early November 2016 and asked me to coach him to his first half Ironman at Challenge Peguera in Mallorca in October 2017. We faced many challenges along the way that included building Stefano’s confidence on the swim and bike, which were by far his weakest elements. He also had a running related injury from a previous marathon. He will be the first to admit that swimming long distances filled him with fear because he had no swimming background and his bike handling skills were also extremely poor. Much of what triathlon offered was completely new to him but he was brave enough to take on the challenge.

What impressed me most about Stefano was his level of commitment to all the challenges he faced in the build up to this race. I often sit back and have nothing but admiration for my many age groupers that manage to fit training into their already busy works and family life. Stefano was no exception. The way he approached his training and injury rehab was up there with some of the very best athletes that I’ve seen. The countless hours I know he spent doing his strengthening exercises, stretching and mobility work never ceased to amaze me, it is also the reason why he managed to turn the run injury around and get stronger and stronger as the year went on.

The key factor, which resulted in Stefano eventual success, was how incredibly consistent he was throughout the entire season. Despite a busy work life as a banker, being a committed father and husband he still found the time to do everything that needed to be done to achieve this success. There were also many wobbles along the way right up until race day where he thought it might not be possible, but in taking that giant leap he managed to find a performance on the day that exceeded even his expectations.

I think the photo above speaks volumes about what Stefano achieved on the day on what it meant to him, it was a terrific result for a great guy who worked his butt off to get there.

Team Smyth were also in action at the Mallorca Olympic triathlon, huge congrats to Harvey & his wife Kate who put in two brilliant personal best performances. 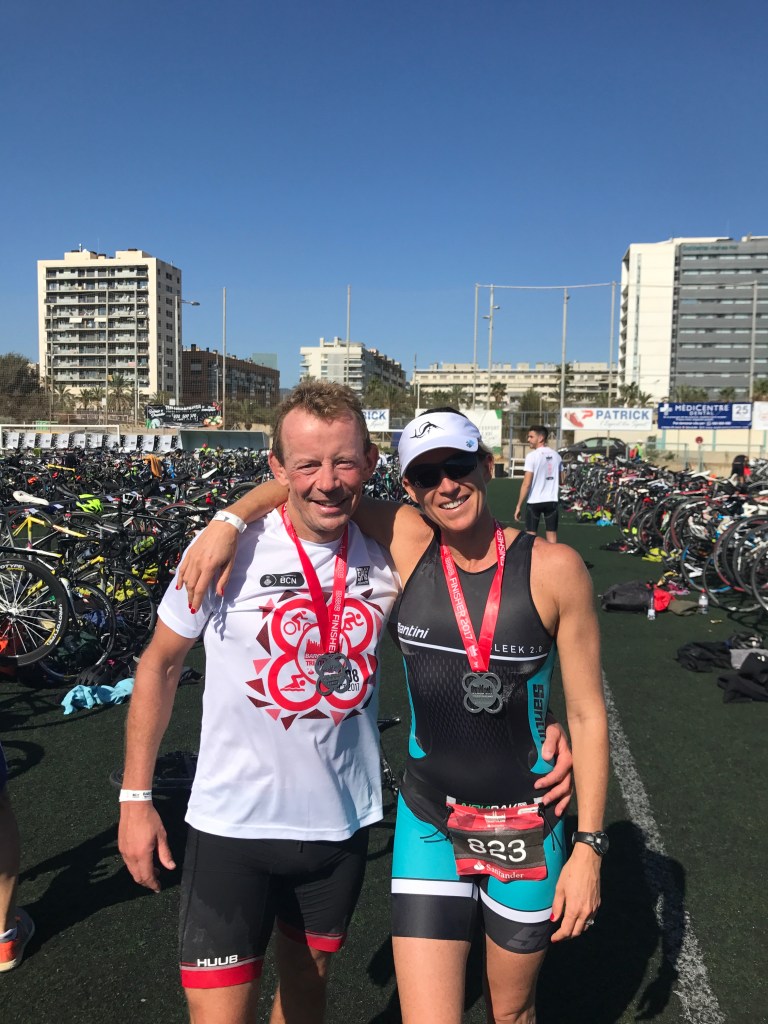 Chris O’Neill completed his first race since arriving on Australian soil at the hugely popular Long Course Weekend in Jervis Bay, New South Wales. This is a unique event that spreads the swim, bike and run distances over 3 days. Well done Chris on a super all round performance. 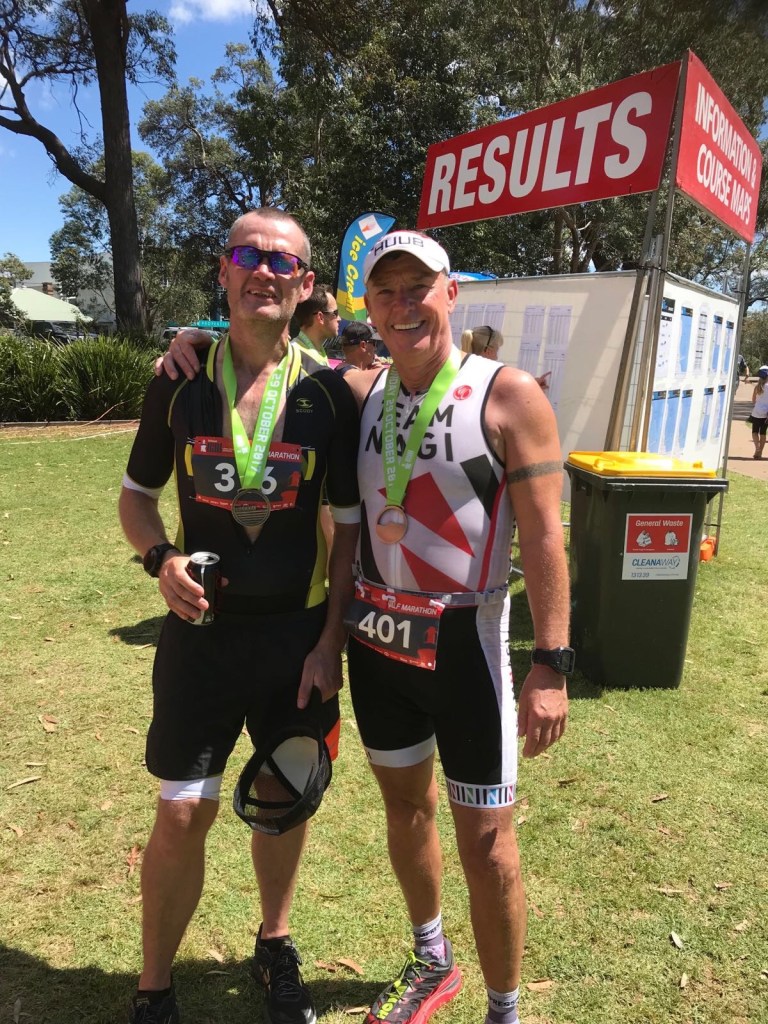 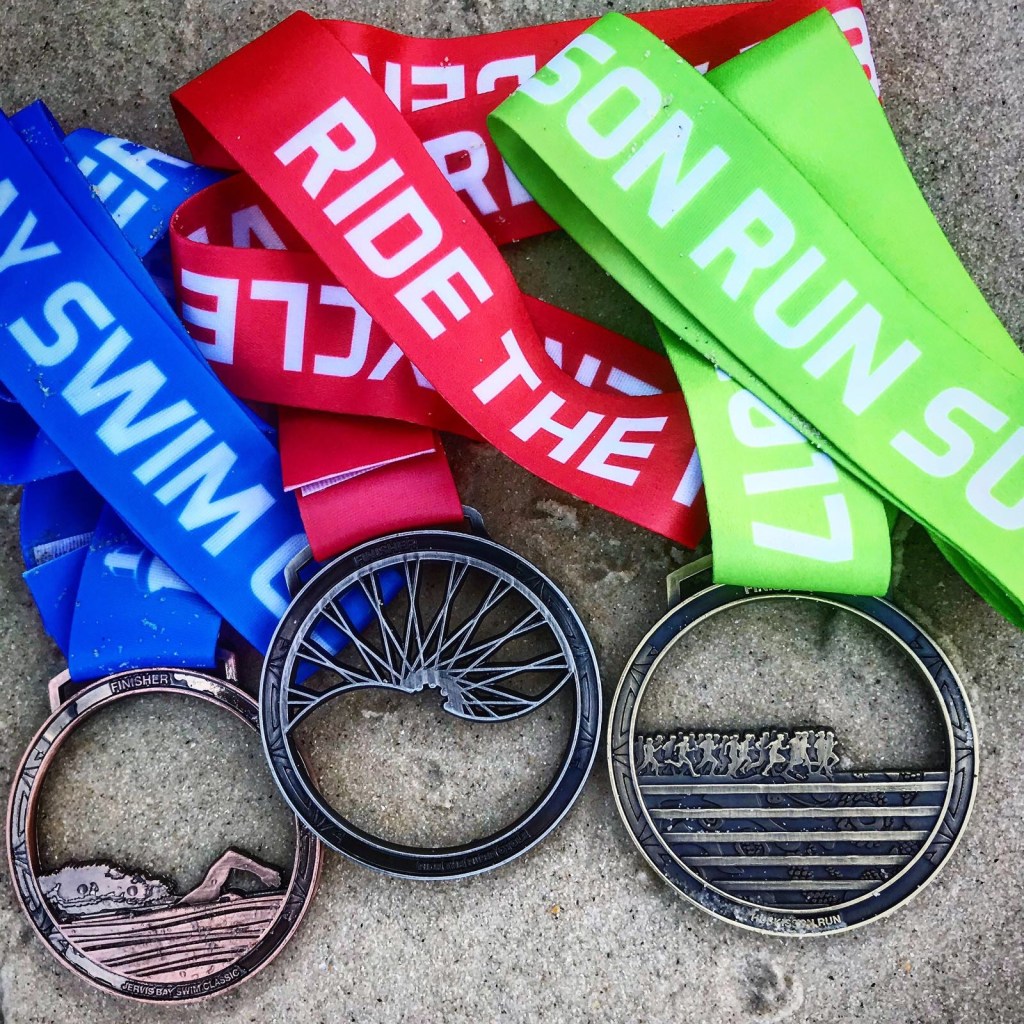 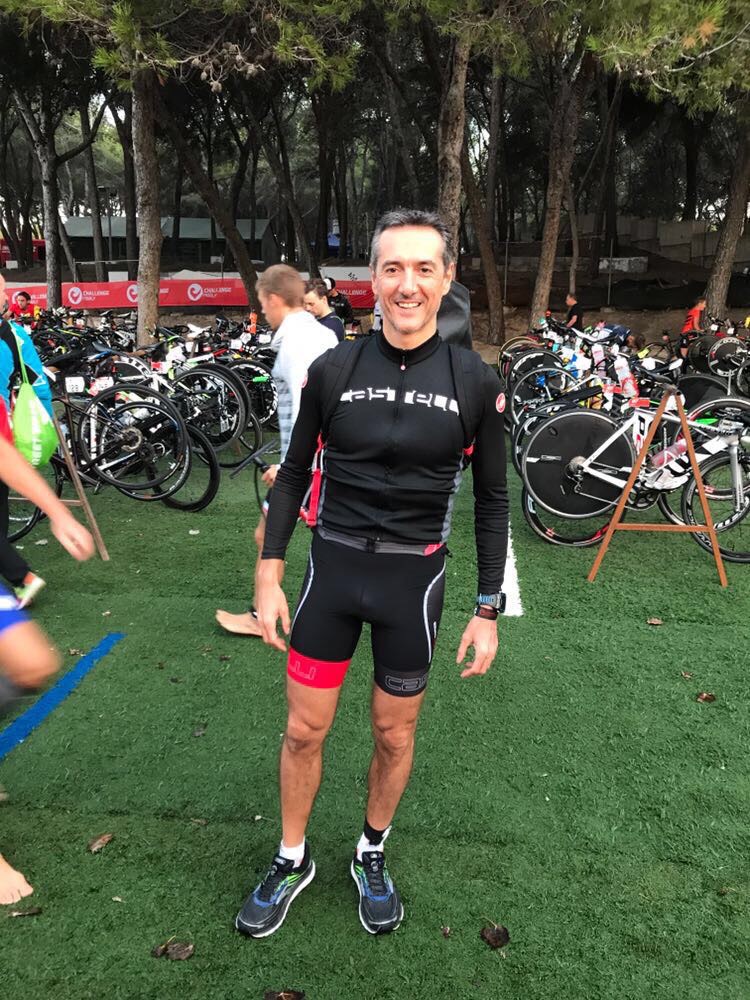 Different sports have been passions since I was a kid … something linked to sport and young children for sure.

Swim: Easy long distance without counting the laps
Bike: Intervals with Watts target – very intensive but very rewarding if successful
Run: Long run with Intervals at 85% RPE – got the pleasure to relax but also to push the intervals.

Easy one … Bike TT : with still 10 mins to go i start seeing the stars everywhere!!!

I have 2 favourite Playlist and I select them based on what i need on that day:

I have to say I am using music less than in the past … I enjoy closing my mind to the external world and just focusing on the session.

We started the year with 7-8 and we slowly increase. I would say than in the last 2 months I trained consistently between 10-12 hours per week.

How was your training build up to Challenge Mallorca?

I met with Julian in November last year and after Berlin Marathon that left me with a very annoying tendinopathy at my hip flexor i asked him to train for a 70.3. Considering I had no experience in the sport we decided to choose an event at the end of the season. For the first part of the year we concentrated on bike/swim and S&C.

With first race approaching (May) we started adding some few easy run to the weekly plan. I took part in 4 Olympic distance (Colonia San Jordi, The Bridge, Eton Dorney and Chantilly) and 1 Sprint (Eton Dorney) in order to get familiar with the sport and improve my racing skills. I have been improving race after race especially on the bike where at some point became my best discipline.

Finishing the 70.3 was the objective of the season so considering the hilly bike circuit Julian introduced the famous “Hills rep at Richmond Park” … if you are not familiar I can for sure help on this one!!! Three weeks before the race I simulate around 80% of the race and the outcome was brilliant. I probably had my best run of the year that day.

Being injury free and having healthy life style have been two important factors that for sure played a vital role during the year as we could build the training plan progressively.

It was a very rewarding process mentally and physically and without a doubt Julian brought me to an unthinkable fitness level across the three disciplines.

What were your race goals?

As coach said … cross that finish line!!! You know better than me that we all have the “little ego”inside us that make the calculation of the swim/bike/run time … very often even the others they do that for you … Honestly with that sort of bike circuit I had no idea what to expect but I would have settle with 5.45 considering it was my first race.

I happily cross the finish line and without knowing the time i sent a “what’s app” to Julian … Job done!!!

On race day i realized how happy and lucky I was to be there. In spite of the opening of the wetsuit during the swim, the lost of the chain during the last km of the bike and the 30 degrees of the run I have really enjoyed the all 5hours and 47 minutes.

I was just so incredibly happy and motivated, a simple number can not explain the emotions I have felt during the race.

I also realized this is my favourite distance and for sure will focus on 70.3 in 2018.

For sure inviting Julian for dinner and talk to him about the past year and the next season. I am still motivated to get better.